You knew it had to happen. I’ve been lavishing so much praise on the 1933 Disney shorts, that you knew one day would come when I had not so nice things to say about one of the cartoons. Well, today is the day, because Old King Cole, the latest Silly Symphony, is probably my least favorite of the color cartoons to date. Why? Because it’s just not likeable or memorable to me. The entire thing is a rehash of the old black and white cartoon, Mother Goose Melodies. The basics are that a bunch of books open up to release the characters within, who all gather at Old King Cole’s castle located in his book. From there, silly dancing ensues, until midnight when the characters scramble back to their own books. 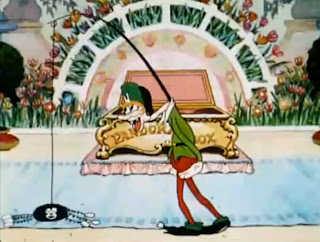 That’s really it. The entire story in a nutshell. So why didn’t I like it? Well, if you’re a longtime reader, you know my preference for story over singing, for a well told tale over silly dancing and songs. That hasn’t changed, which is why I’ve enjoyed the 1933 shorts so much more than earlier ones. Well, Old King Cole is back to the craziness and music model, and not in a good way.

Where some of the early Silly Symphonies like The Skeleton Dance or Hell’s Bells used the music and dance to full effect, here it is merely an excuse to allow short scenes of nursery rhymes to come to life, jumping out of “Pandora’s Box.” The small verses sung over the dancing are fine, but there’s nothing connecting them or engaging the audience. It’s all frantic motion for the sake of motion, with no connective tissue. 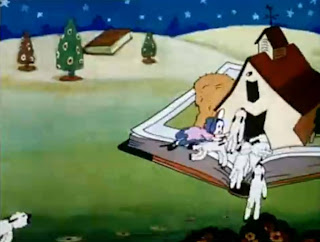 Also, the characters in this short were very unappealing to me. I’m not a fan of the animation style used on Old King Cole, with the red bulbous nose and overstated features. Meanwhile, the side characters, such as the Pied Piper or the mice, are not fully formed designs, but are instead just stick figures or less developed than those in other shorts. 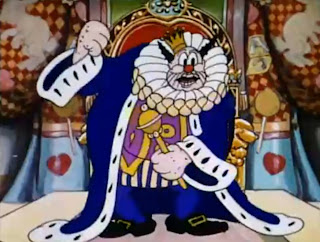 Now, that’s not to say that there is nothing good in this short. In fact, it’s a credit to the animators that they were able to draw so many characters by hand and still meet their production deadlines. That’s impressive. There’s also some fun stuff here and there, like Peter the Pumpkin Eater and his wife or Hickory, Dickory and Dock jumping out of Pandora’s Box to sound the midnight bells. 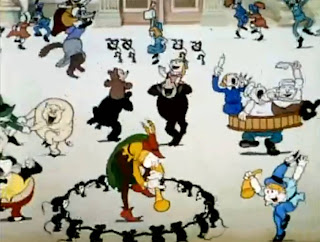 But overall, the gags are not nearly as funny as in the Mickey shorts, the music is much simpler and less story driven than in other Silly Symphonies, and the story falls short. I’d have to say that Old King Cole falls flat for me. I’d be interested to hear what you guys think.