It was bound to happen. After the trifecta of Mickey’s Good Deed, Building a Building and The Mad Doctor, the law of average says that we’ll run into a bad Mickey Mouse short sooner or later. Well, it wasn’t today. Mickey’s Pal Pluto is really a Pluto cartoon, more than Mickey, but no matter who the star is, it’s a fantastic cartoon. 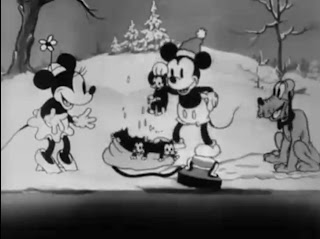 The short is a classic Pluto set up – Mickey, Minnie and Pluto find a bag of kittens floating down the river and rescue them. But it doesn’t take long until Pluto starts getting jealous of the little guys, and chases them through the house. Mickey tosses him out for causing trouble, but Pluto redeems himself by rescuing the kittens from a well.

That’s a simplistic summary, but the work by the Disney team makes it so much more. Let’s start with the classic angel vs. devil hook. As Pluto sees the kittens and is dying to chase them, he gets confronted by his better nature and his devilish side in a cartoon classic. 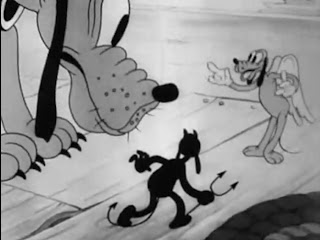 Having the angel and devil confront one of your characters seems cliché today, but in 1933, it was something different. I’m not sure if this was the first time it was used in cartoons, but this is the first time I can remember seeing it in the Disney films I’ve watched. It’s such a great device, and it works especially well for Pluto.

This short lays out a formula that will serve Pluto well in the future when he becomes more and more a part of the Disney cartoon family. Pluto getting jealous over Mickey’s affections and trying to insert himself between Mickey and others pops up many times over the years. So does Mickey getting on to Pluto only to see Pluto redeem himself later in the short. These are things that make Pluto work. 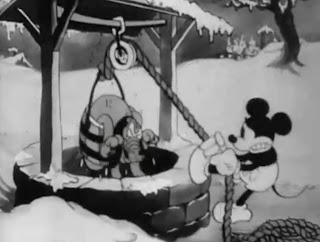 The great thing is that this is a real development of Pluto’s character, which we haven’t seen in other shorts. In the past, Pluto merely chased cats or caused chaos all around the house as he ran by. Here, he has a real personality. You feel empathy when Mickey kicks him out, because Pluto really didn’t do anything wrong. You also kind of want him to terrorize the kittens, which is a testament to how sympathetic a character he is. 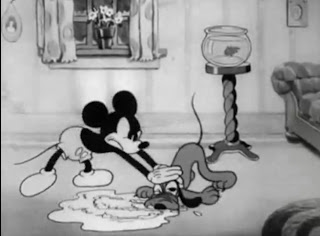 Pluto’s dramatic rescue of the kittens from the well is a great piece of work, but it’s just one of many. There’s a fantastic sequence where Minnie is trying to rock the kittens to sleep and is singing a lullaby, while the animation shows the kittens escaping and wreaking havoc in another part of the house. The juxtaposition between the two is brilliant. 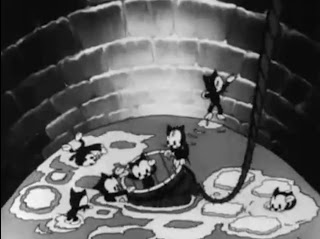 There’s so much to love in this short, it’s hard to single it all out. It really does seem as though late 1932 and early 1933 is the peak of the Mickey Mouse shorts so far. Everything has been pretty good to great, and that continued here.