1942 continues in a similar way to how 1941 ended – with a focus on World War II. All Together is the final entry in the contract with Canada, which saw Disney agreeing to produce shorts for the government to encourage the purchase of war savings certificates. In the first three shorts, as in this one, we saw sequences from earlier Disney films being reused for this purpose. 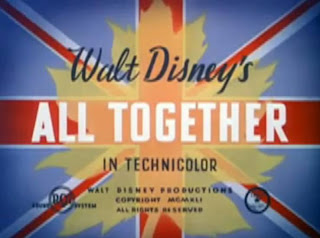 The other Canadian war shorts saw the Three Little Pigs and the Seven Dwarfs as the main characters, but this time, it’s more of a parade of characters, from both the shorts and the films. Still, the animation is reused. The opening shot is interesting, because it shows the Canadian government building, but after that, is merely a background. 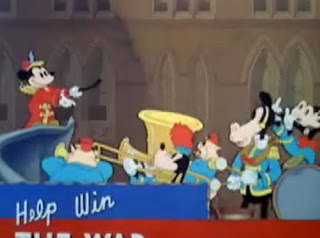 There is a large variety of animation used here, and a similar number of characters. The first people in the parade are the characters from Pinocchio, including the puppet himself, Geppetto and Figaro. These are not new work, though, as it seems they are just taken from the celebration scene at the end of the movie. 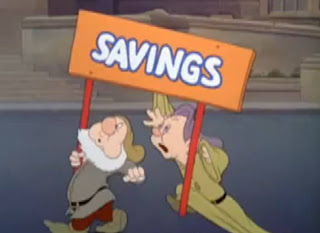 From there, we see Donald and his nephews marching along from their scene in Good Scouts. The big highlight, though, is animation from Mickey in The Band Concert, as we see Mickey and his band playing on a float in this parade. It’s clearly the reused animation, but still a great sight to see. 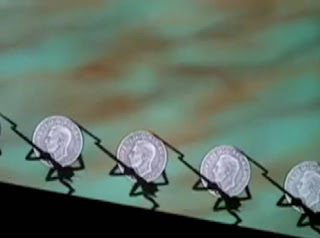 This short is very reminiscent of Parade of the Award Nominees, the short that was created to highlight the Academy Award Nominees. It’s just a simple parade across the screen before the war savings bond message. As such, it’s probably the least effective of the Canadian shorts, because the messages are not spoken or illustrated, just carried on banners by the parading characters. However, Disney would soon get more entrenched in the war effort, and we will see better shorts to come.