1941 was such a difficult year for Walt Disney and his team, that it’s amazing as much work was produced that year as it was. However, what amazes me even more is the celebration that occurs in the second 1942 short, Mickey’s Birthday Party. 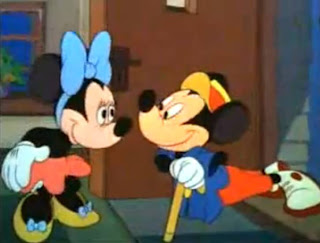 You can tell from the title what the short is about, but just saying that does not do it justice. This is a tour de force of animation, with the great Ward Kimball leading the charge. In many ways, it’s a throwback to the early Mickey shorts, but with the dynamic and expressive animation of Kimball infusing new life into an old formula.

After watching this short, I was amazed to read some reviews of it that called it “unremarkable” or “not funny.” In my opinion, nothing could be further from the truth. In this short, we get to see the entire gang at once, including old favorites like Clarabelle Cow, Horace Horsecollar and Clara Cluck – none of which we’ve seen for quite some time. 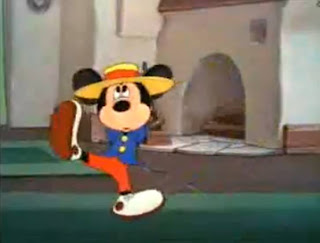 The premise is a surprise party at Minnie’s house, where Mickey wanders in to greet the gang. Their gift to him is a piano or organ (couldn’t really tell which), and the rest of the short proceeds into a silly dance routine. It’s just like the old Mickey shorts, when the gang would all get together and dance around. But here, because of the color, the animation and the imagination, it’s so much better. 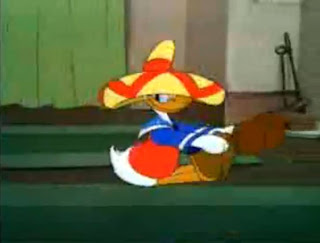 Mickey’s dance leads things off, and it’s a wonderful piece. Seeing him move across the screen, play with depth and fill the camera with his mouth – it’s fantastic. The next bit of dancing, though, is Donald Duck doing a South American tinged dance. This has to be a result of Walt’s South American trip, because it’s so reminiscent of what we will see later from Donald in The Three Caballeros and Saludos Amigos. 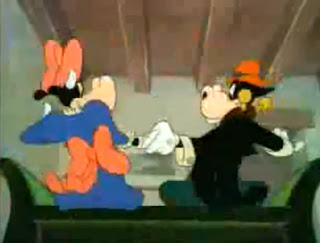 The counter to the dancing is the scenes of Goofy in the kitchen, trying to make Mickey’s cake. Being Goofy, of course, he can’t quite get it right. He burns or deflates the cakes, one after the other, with the comedy building because of the frantic pace of the dancing. By intercutting the wild dance scenes with Goofy’s panic, it builds the comedic tension very nicely. 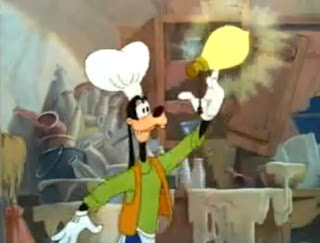 I also loved the ending, when Goofy, having exploded the kitchen, has an idea, represented by a light bulb. He reaches up to touch the bulb, in a nod to how the cartoon rules used to work. In recent shorts, we’ve seen realism take hold, but remember in the past, Mickey would use his word balloons or any other “imaginary” object just like it was real. That was a nice nod in this short that really feels like a classic Mickey.