Did you know that Bambi was intended to be the second animated feature from Walt Disney Studios? Work on the film began as early as 1937, before Pinocchio and Fantasia. The story of how Bambi made it from a Felix Salten book about the harsh nature of the forest to a touching film by Walt Disney is an amazing one. 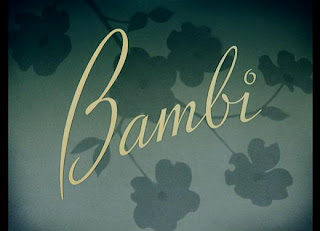 The rights to the book were originally purchased by live action producer Sidney Franklin in 1933. After struggling for years to figure out how to adapt the lush forest and talking animals to a live action film, Franklin sold the rights to Walt, but ended up staying on the production as a consultant, because of his passion for the project. 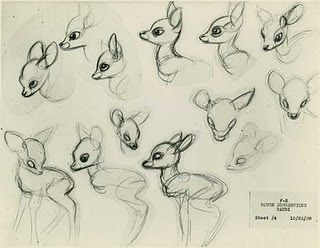 Walt’s team began story work in 1937 but it was tough going. While the book was a grim portrait of nature, Walt and his crew were more used to gags and humor as means to tell a story. Keep in mind, this work was going on before the advancements made in Fantasia and Dumbo. There was honestly a question as to whether the animators could balance honest and realistic portrayals of the animals with the realism of the book and the humor and heart that Walt wanted.

These issues forced Bambi to keep getting pushed back on the schedule. Production was shut down a couple of times, pushing Bambi behind Pinocchio and Fantasia on the release schedule. In their book about the film, Frank Thomas and Ollie Johnston wrote about how the crew ended up in an entirely separate building, isolated from the rest of the studio, wondering if their work would ever see the light of day. 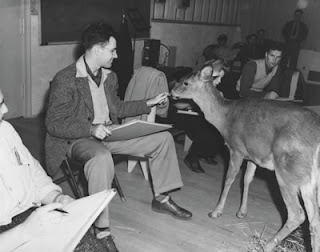 Walt was really going for realistic portrayals of the animals. He had teachers come into the studio to educate the artists and even brought live deer in to stay in a pen next to the animator’s area. The artists named the deer Bambi and Faline. The problem was, when Bambi got moved back on the schedule, the animators working on it were moved away from the pen, and they could barely see the deer!

Some key breakthroughs had to happen to make Bambi a viable film. The first was the backgrounds. Artists struggled with the detail and complexity of the backgrounds, tyring to render each and every branch, while still giving off the “magical” feeling of the forest. The solution came with Ty Wong, an artist who was new to the studio, but when asked to submit some paintings for Bambi, came up with a fusion of Oriental style and realism that was key to breaking through the background problem. 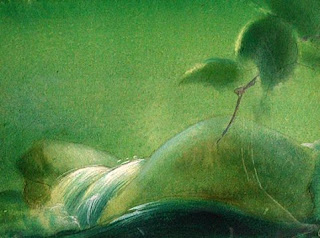 The second key breakthrough was in the realization that the children, Bambi, Thumper and Flower were the key to the story. By using the children as the focal point, the emphasis on realism among the animals was lessened. In the final film, those three characters move realistically, but their emotions and actions are more caricature. Meanwhile, the adult animals are portrayed realistically. This solved the realism problem, and ultimately made Bambi a more successful film.

Tomorrow, we’ll look at the Frank Thomas and Ollie Johnston book that was the source of much of this great info, as well as containing plenty of gorgeous art.