As 1941 winds down, and we move directly into the United States entering World War II, we will start to see more and more of the wartime films, such as today’s subject, Seven Wise Dwarfs. This short is part of the same contract with Canada that produced The Thrifty Pig, for wartime propaganda encouraging buying war savings bonds. 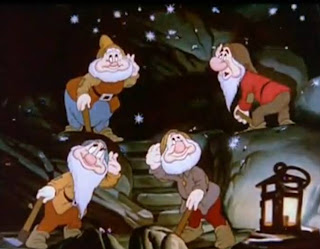 It’s interesting to me that Walt Disney would use some of his most popular characters of the time, such as the Three Little Pigs and the Seven Dwarfs in this sort of endeavor. In essence, he was loaning out the characters and risking their reputation somewhat. It shows you how tight money was during this time that Walt would do this. 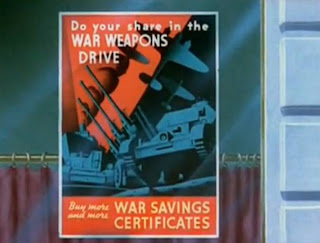 This short focuses on the dwarfs, obviously, but the first half of it is mainly just the beginning of the “Heigh Ho” sequence from Snow White. There is very little changed about the sequence until the dwarfs leave the mine, their sacks bulging with precious gems. 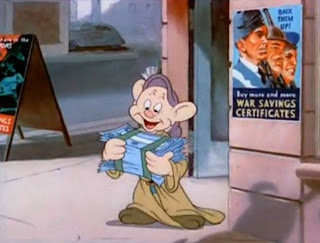 It’s not until they start across the countryside that the dwarfs end up in a town, where they see the posting for war savings certificates. You can tell where this might be going. The dwarfs trade their gems for war bonds, and we move into a propaganda piece that is basically the same as the one at the end of The Thrifty Pig. 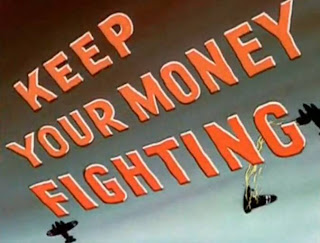 There’s not much info to be shared about this short, as it’s just a rehash of Heigh Ho and the ending sequence of The Thrifty Pig. It’s interesting from a historical standpoint, mainly, because it shows what the studio was doing in 1941 in order to survive.