Once again, last night, friends and I gathered on Twitter or in our Friendfeed room to watch another Disney film. This time, it was different in nature, tone and overall feel than Bambi, because we were viewing Saludos Amigos. It’s a very different sort of film, and frankly, a beautiful but flawed final product.

I mentioned yesterday that this film was not intended to be a film at all. In fact, it was meant to be a series of shorts, focusing on different regions of South America. The decision to make it a feature film led to filler material being inserted between the four main shorts, leading to a sort of patchwork quilt of a film, that lasts only 42 minutes.

They are 42 quality minutes, though. The filler material surrounding the shorts is pure fluff, just recreated shots of Walt and his crew getting on cramped planes, as Cliff noted, or sketching the sights. It’s the shorts themselves that deserve the full recognition. Each of them serves a different purpose, and each has its own distinct personality. 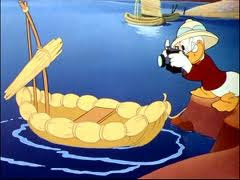 Judged in a vacuum, Lake Titicaca, the first short, would be a fun and entertaining piece. In the context of the film, it works perfectly, casting Donald as a tourist, who experiences the sights and sounds around Lake Titicaca, getting himself into trouble along the way. My favorite piece is Donald riding the llama, because llamas are just cool. The short is really a take off of the Goofy “How To” shorts, with the narrator talking about calm actions as Donald tries to keep safe from falling bridges or angry llamas. 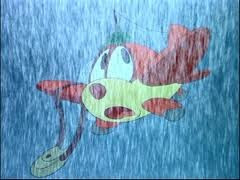 While Lake Titicaca is a typical Donald Duck short, the second short, Pedro, is a piece of pure brilliance. The story is simple – Pedro, the son of a big mail plane, is enlisted to carry the mail through a terrible storm. This was a fantastic short, because it had the best story of all the shorts. The imagery of Pedro struggling against the wind, pushing higher and higher to get away from the storm is amazing, especially when cross cut with the narration. 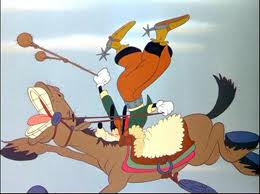 By contrast, El Gaucho Goofy, the next short, was a little disappointing. Not that I did not enjoy it, but it’s not as impactful as Pedro was. Still, there’s lots of humor in taking a “cowboy” version of Goofy and dropping him into the ways of the Argentinian gaucho. It’s the same familiar formula as we’ve seen in the other Goofy “How To” shorts, but this one is a little less humorous, because of the educational elements.

As a dancer, I really appreciate how Disney animates dance. Even though it's pretty simple, it's really nicely done
Alison Durkee


The clear masterpiece of this film, though, is Aquarela de Brasil, based on a popular song that Walt and his team heard while on their trip. This is the short that introduces Jose Carioca, as well as the device of a paintbrush painting scenes into existence. It is a beautiful, abstract film, that pairs Donald and Jose as they explore the beauty of Brasil, set to the wonderful tune. The dancing animation that Alison referenced is sublime, a beauty of dances done with shadows and line art. 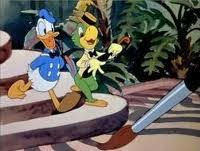 The final effect of Saludos Amigos is just as it appears – a collection of short subjects that was stitched together to make a short film. As such, the animation is not as fully formed or detailed as you’d find in Bambi or Snow White. This film was turned around in less than a year, and it shows. Though still a great example of Disney animation, it’s not fair to compare Saludos Amigos to films that took a long time to develop, like Bambi or Pinocchio. Taken in its context, though, Saludos Amigos is a fantastic film that shows how Disney could mix education, information and entertainment. This would be a hallmark of the company for years to come.