The war continues in the 1942 Disney shorts with one of my absolute favorites – The Vanishing Private. Donald Duck, who normally plays the role of frustrated working man, gets an upgrade to be the antagonist of this short, playing off of Pete. And he does it all while enlisted in the Army, as we saw in Donald Gets Drafted. 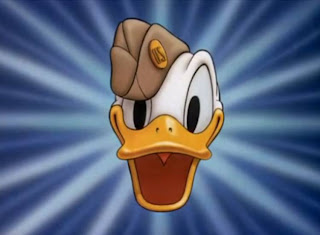 See the change even in the title card? Donald is an Army man now, as the Disney studio moves more and more into wartime production mode, supporting the efforts through propaganda and the Good Neighbor program. As the short opens, he even sings the theme of “The Army’s Not the Army Anymore” that was featured in Donald Gets Drafted. It’s a nice continuity from the previous short.

The twist here comes from the fact that Donald is supposed to be a camouflage painter, painting the cannon to be less visible from the air. When Sergeant Pete shows up, though, he is not happy with Donald’s red, yellow, green and black spotted camouflage! And who can blame him? 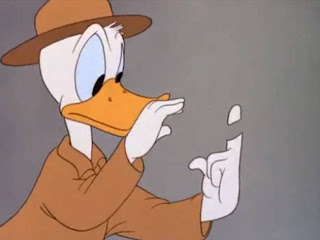 The casting of Pete as the sergeant in this Army Donald series is fantastic. He has not been seen as much since his early days with Mickey, but this is a great use of his abrasive and easily manic personality. Donald gets to him, and the circumstances of this short only exacerbate that situation. 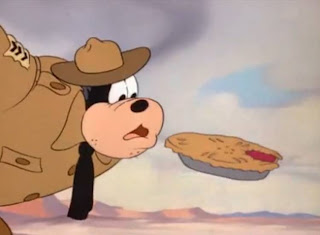 Since his sergeant is not happy, Donald looks for other ways to camouflage the cannon, and ends up finding some experimental invisible paint. You see where this is going, right? Soon enough, the entire cannon is invisible, and Pete is apoplectic. There are some great visuals of Donald painting the cannon, sticking his head out from the invisible cannon, or even Pete poking his head inside. 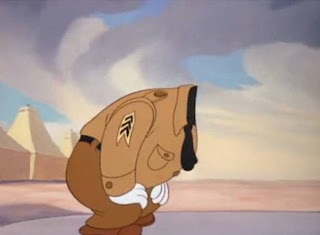 When Donald gets doused in the invisible paint, though, things really pick up. In many ways, it seems like a Bugs Bunny or Daffy Duck cartoon. Before you animation historians jump my case, I haven’t looked to see which came first, but this feels very much like a manic Looney Tunes short. 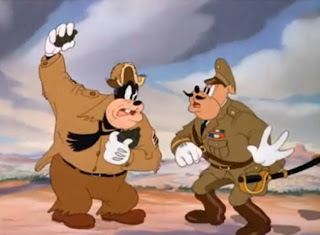 What’s different here is Donald as the protagonist who outsmarts his enemy. That doesn’t happen often for Donald, so it’s kind of fun and amusing when it does. Seeing Pete get his comeuppance is also quite fun. This short reminds us of why we root for Donald, despite his foibles. There’s always someone worse out there.