Alice and the Dog Catcher 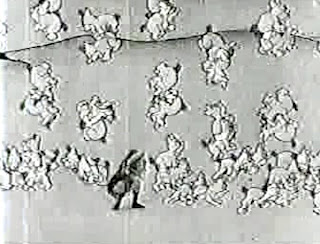 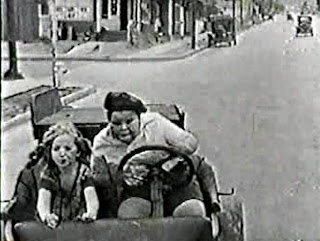 Stop me if I sound like a broken record, but the live action sequences in Alice and the Dog Catcher are the highlight of what is otherwise a very uninspired short. This is perhaps part of a larger discussion about the first series of the Alice Comedies, but it seems as though at this point in his career, Walt’s focus was on what was the best for the bottom line of his fledgling company rather than what made the best film.

I know, that’s heresy to some out there who believe that Walt always went for quality no matter the cost. But that’s simply not true. It’s part of the Disney legend, but the more you read about the man and what he actually did, it seems that Walt Disney was more the great compromiser than the quality first person that the legend makes him out to be.

More on that to come, but first to discuss this short, Alice and the Dog Catcher. The story is probably the simplest of the shorts so far, but that’s not a bad thing. The story opens with Alice leading a meeting of the Klik Klak Klub, a grouping of the usual gang from the previous shorts. It’s an unfortunate name in light of the later associations for KKK, but that only comes to mind for current viewers.

That image in your mind is not helped by the fact that all the kids are wearing bags over their heads, reminiscent of hoods. Or by the fact that the one African-American kid is included almost as a servant of the other kids. It’s amazing the difference that time makes. This short would likely never be released on DVD by Disney today, simply because of these concerns. Of course, nothing was meant by it then, but it’s a great study in how tastes and morals change through the years.

Regardless, our buddy Tubby comes into the clubhouse and tells them that the dog catcher is out and about, which apparently is a cause for alarm. Again, it’s interesting how this stuff is viewed differently as time moves on. Today, I don’t imagine that anyone would be all that concerned by seeing a dog catcher out catching strays, but in this short and several of the Mickey/Pluto shorts in the future, Walt Disney often portrays the dog catcher as a villain.

That plays into a larger theme that has played out over the first few shorts that most critics say reverses itself with the later films. In these early silent shorts, the authority figures are the villains, like the dog catcher, the cops in the earlier Alice shorts, and even the king in Puss In Boots. This version of Walt Disney seems much more subversive than he seems to be in the future.

So, Alice tells a story to the gang about how she once foiled a dog catcher, which is where the animation begins. The animated sequence has a little better quality, but again, is very weak. Our dog friend from the earlier shorts gets multiplied here, and several of them are picked up by an animated dog catcher. Alice runs into the one dog that got away, and starts trying to come up with ways to free the dogs.

She tries to charm her way into the dog pound, but the guard isn’t falling for it. Instead, she finds a conveniently located pile of TNT nearby, tosses a bomb into the pound and it literally starts raining dogs. That’s the basics of the animated sequence, and we switch back to live action.

The gang runs out and frees the dogs from the dog catcher’s car, then one half of the gang runs off and is chased, while Alice and Tubby steal the car for some unknown reason. This leads to some amusing chase scenes through the streets of LA, which is great for fans of the city like myself. Finally, though, the dog catchers catch up with the car, as Alice and Tubby abandon it. The dog catchers climb on board, and they end up going over a grassy cliff as the gang laughs.

The one thing that really stands out from this short is the cruelty. Throwing TNT into the dog pound, Tubby nearly driving the car into a guy on the street, and the kids laughing at the car going over a cliff are all good examples. You see this often in the silent short films from Walt, which again contrasts heavily with the carefully cultivated image of Disney that the company puts out.

This is why I am doing this project, though, is to discover more about the man through his works. The man that produced this film is obviously concerned with time and money, as the live action parts that are cheaper to produce are the bulk of the film. This is also a man who has strong feelings about kids, dogs and their relation to authority. Sure, it’s cute to have the kids upend the dog catchers, but there’s a theme here. Alice tends to meet authority often, and she is always on the other side. Something to keep an eye on as we move forward.
Posted by Ryan at 4:33 PM