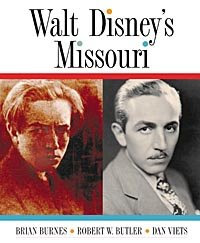 It’s important to look back while you prepare to look forward. When thinking about Walt Disney’s life to come in Hollywood, as the Disney Brothers Studio is picking up steam with the Alice Comedies, we need to take a minute to pause and look back at what has occurred in his life so far, to gain perspective on the coming films.

A great place to get that information is in the book Walt Disney’s Missouri, by Brian Burnes, Robert Butler and Dan Viets. The book traces Walt’s life from childhood in Marceline up to his departure for Hollywood, and provides a much more detailed and rich picture of what his life was like. There are some small qualms with the book, but we can discuss those later.

The first thing to examine is Walt’s life in Marceline, where he lived for just over four years, from ages 5 to 9. In the book, the authors lay out the life Walt had on the Disney farm, which was idyllic. Since he was not quite old enough to work the fields as his father and brothers were, Walt’s life consisted of indulging a young boy’s fantasies on the farm. He played with animals, climbed trees, laid in the fields and generally was a rambunctious little boy. He loved it. 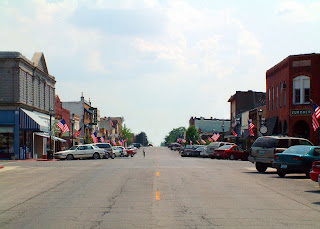 Marceline is such a big influence on the Disney films that I hope to travel there at some point during this project to get a better look. So many elements from Walt’s life there have come to life since in his work, from Main Street, U.S.A. in Disneyland (modeled on Marceline’s Main Street) to the farm life in the Mickey cartoons and live action films like So Dear To My Heart.

It’s understandable when you think of how things changed when Walt and the family moved to Kansas City, after a brief sojourn back to Chicago where Walt had been born. Once the Disneys arrived in Kansas City, Walt was thrown head first into the work-a-day world, with he and Roy being the ones to run their father’s paper route. The boys woke early, before 3 a.m., and delivered the papers, then attended school, came home and delivered the afternoon papers. It was a back breaking existence for two younger boys. 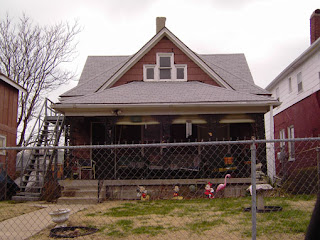 It’s not a surprise then, that Walt chose to leave after his brother Roy, did, going off to World War I in the Red Cross Ambulance Corps. The book tells us that although Elias refused to let him go, Walt’s mother, Flora, forged Elias’ signature, saying that she was tired of her children sneaking off in the middle of the night. It’s a striking show of resistance from Flora, in a time when women were not afforded the rights they deserved.

The story of the Laugh-O-Gram Studio is also included, but reading this book really shows you how much went into that enterprise. Think of all the life experience that Walt had up to that point, and how persistent he was. All through the paper route days, he would grab other odd jobs for spending money in the afternoons. He gathered money from investors not once, but twice, to fund his art studio with Ub Iwerks and then to begin Laugh-O-Grams. Yet the failure of two companies was not enough to dissuade him from striking out for Hollywood to create the new studio with Roy. Remarkable.

It’s the stories and the profiles of the ancillary figures that make Walt Disney’s Missouri such a valuable book, though. Stories about Walt’s teachers, neighbors and others help put his life into context, and provide little heard anecdotes that are fun and informative. Most Disney biographers talk about how Walt dressed up as Lincoln and entertained his entire school on President’s Day, but this book examines the principal who encouraged this behavior and his influence on Walt.

Now, this is not a perfect book. The two main authors, Butler and Burnes, are reporters, and the short chapters seem as though they were taken from feature length newspaper articles. Information is often repeated from chapter to chapter, which can be very annoying for hardcore Disney fans who know much of the information already. Overall, though, the information that is new is well worth the price of the book, and makes it a must have for anyone interested in the early years of Walt Disney.

Tomorrow, we’ll begin our run up to Ub Iwerks joining the studio, as I’ll be reviewing the book and film The Hand Behind the Mouse, and discussing the creative partnership between Walt Disney and Ub Iwerks. See you tomorrow!
Images taken from Walt Disney's Missouri
Posted by Ryan at 2:14 PM