The Hand Behind the Mouse, Part II 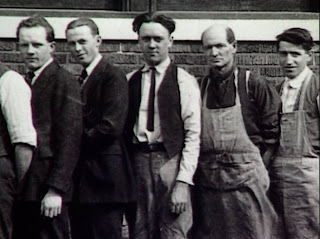 Continuing today with a look at Ub Iwerks and his contributions to the Disney Brothers Studio, we’re also discussing the book and film, The Hand Behind The Mouse, which is a full biography of the man who created the look of Mickey Mouse.

When Margaret Winkler was unsatisfied with the look of the animation in the early Alice films (and who can blame her), Walt had to look to improve the quality of the films and do it fast. From his work with Ub in Kansas City, Walt knew who to go after, but it was tough to convince his old friend to make the trip to California. 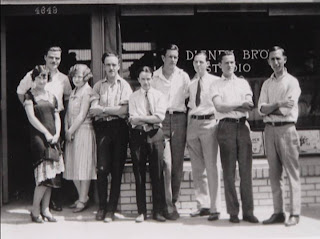 After Ub had handled the bankruptcy of Iwerks-Disney, he had then invested $1,000 of his own money into Laugh-O-Grams to try and keep it going. That was ultimately a failure as well, and Ub went back to Kansas City Film Ad to try and get back on firm footing financially. During his time back at his old job, he had been promoted to art director, and was doing very well. Walt’s request to join him in Hollywood could not have come at a worse time.

Both the book and film do a great job of covering this period in Ub’s life. To understand future events between Ub and Walt, you must understand what had already taken place. Ub, who had to support his mother all by himself, had worked in two companies with Walt, both of which had gone bankrupt and left Ub without a firm means of support. Both times, Ub was able to pick himself back up, but here was Walt asking him to come to California and join him in yet another business venture.

Neither the book or the film show that Ub had any hesitation, but you must imagine he did. Certainly, the thought of moving to California had to be a big stretch for this Kansas City farm boy. Nevertheless, when Walt got a hold of you, he had a way of selling you on something. Ub and his mother, in the car that the Davis family had left behind when they moved to California, took off across the country.

This is where the film does a bit of a better job of capturing the mood and atmosphere when Ub arrived at the studio. He was immediately the top paid man there, and you can tell from the pictures used and some of the live action home movies that the studio was a happy place to be. Footage from the film shows the key players frolicking in a nearby park, or posing proudly with one another.

None of this is what you would expect from a fledgling studio still fighting for another contract from Winkler for more Alice Comedies. It is as if Ub’s mere presence made them confident that there would be much more prosperity to come.

Not having seen Alice the Peacemaker yet (although it’s coming soon, I promise), I can’t comment on the immediate change he brought to the Alices. But the main thing that Ub gets praised for is the fluid motion that he brought to the animation. Before Ub, the animators would draw key poses, and allow others to fill in the movement, but the striking poses were the way that people recognized the action. 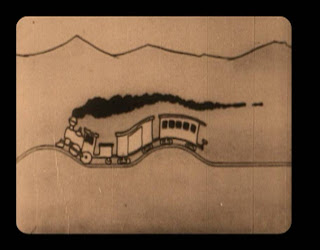 Ub’s philosophy was to create the motion fully from one end to the other, so he drew all the poses. Walt frequently chastised him for doing this, but it created a full range of fluidity in the characters that the earlier films did not have. Suddenly, Julius the cat’s limbs moved up and own but were not jerking around. It was a breakthrough that would be surpassed later, when the Mickey Mouse cartoons would introduce the world to personality animation. But more on that later.

We’ll have the final part of The Hand Behind the Mouse later this week or early next week, then it’s back to work with Alice the Peacemaker. Please leave me your comments and let me know how you’ve enjoyed things so far. Until then, enjoy the blog!
Posted by Ryan at 3:18 PM