Where The Greats Came From

As I’m reading more and more about the Laugh-O-Gram days and the early days of the Disney Brothers Studio, it is apparent how much talent actually was there, and how influential the people who worked in that small Kansas City studio were to the overall development of the animated cartoon in America.

Most people today do not realize that cartoons like Bugs Bunny, Tom and Jerry and Mickey Mouse were not created as TV properties, like most animation today. Instead they were played before films, and were as much a part of the movie going experience as the feature.

Therefore, it can truly be said that the men who worked in the Laugh-O-Gram Studio were among the most influential filmmakers of the 20th Century, without much exaggeration. Certainly, there is no doubt that Walt Disney is perhaps the most influential studio man ever. But what about the other men that toiled away on those shorts?

In my reading of Walt Disney’s Missouri (which I plan to review tomorrow), it was truly revealed to me how much of America’s animation past began in Kansas City. Consider the fates of just a few of the animators who got their start with Walt Disney.

We know of course, about Ub Iwerks, and his involvement in the company will be discussed at length here later this week, as we prepare to see the first of his shorts for the California studio. But this is the man who helped to develop the modern animated cartoon, solving problems by creating new equipment, creating realistic movement among characters, and ultimately designing Mickey Mouse himself. 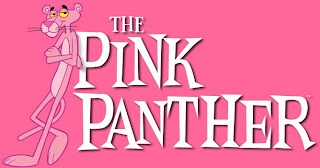 But others are arguably more well known and created long lasting characters that have relevance to this very day. Isadore “Friz” Freleng went from the Disney studio to work at Warner Bros., and ultimately created the Pink Panther. He was responsible for some great Looney Tunes shorts in the interim, winning four Academy Awards for his work as a director, and Yosemite Sam was based on him. 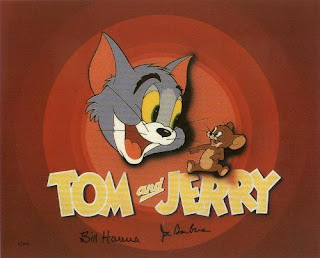 Hugh Harman and Rudy Ising would never go on to create such memorable characters, but both were hired early on by legendary producer Leon Schlessinger, to help with the creation of the Warner Bros. animation studio. They went on to found the Looney Tunes line of shorts, and then replicated the same product with MGM, where their shorts would eventually lead to the creation of Tom and Jerry. 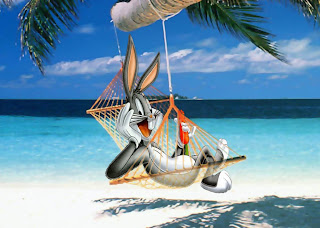 Joseph “Bugs” Hardaway worked at the studio as well, and during his work for Warner Bros., he would direct a short with an unnamed rabbit. When the story department asked for a sketch of the character, he tossed off a quick sketch without a thought to it. Later, the sketch was noted as “Bugs’s Bunny,” and when Tex Avery redesigned the character, the name stuck. Hardaway would go on to work with Walter Lantz on creating Woody Woodpecker, another hugely successful character. 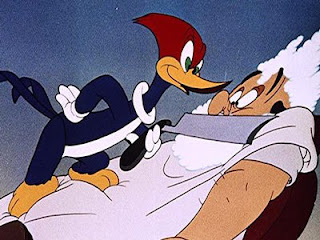 Among these men, all had gigantic impacts on the world of cartoons. They stood on the shoulders of pioneers like Paul Terry, Windsor McKay and Max Fleischer, but they created some of the world’s most recognizable cartoon characters, most of which are still in heavy rotation today.

However, as most books make clear, none had the salesmanship and creativity that Walt Disney possessed, and that is what made his creations the most successful. That, and the artistry of his quiet, appreciative friend, Ub Iwerks. Iwerks was likely the single biggest influence on what would be known as “The Disney Style,” so we will examine his role in depth over the next few days, before viewing his first Alice film, Alice and the Peacemaker.
Posted by Ryan at 3:48 PM