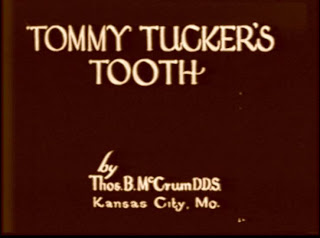 After finishing the Laugh-O-Gram fairy tales, Walt and his fledgling company attempted to collect the money promised them, but to no avail. The company that had ordered the films claimed bankruptcy, and Laugh-O-Gram Films would soon be no more.

With rising debt, Walt had to take on whatever jobs he could get to pay the bills. Since he had a camera, he was hired around town to do live action filming, including birthday parties and other such small tasks. One of the things he ended up doing, though, was directing live action shorts as well. The most famous of these, and the one that we can view today, is Tommy Tucker’s Tooth.

Tommy Tucker’s Tooth was commissioned by a local dentist, Dr. Thomas B. McCrum, to show the benefits of good dental hygiene, and also to provide a little commercial for himself. Walt was able to cobble together a long piece of work that has some redeeming value, but overall is quite a boring piece. I was almost asleep by the time it finished, probably because I worked out first, but it’s still not nearly as entertaining as the fairy tales. 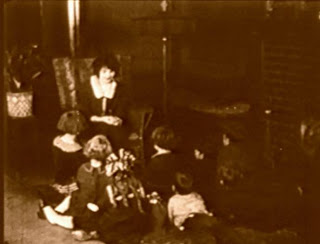 The short opens with a woman telling an assembled group of children about two young boys, Tommy Tucker and Jimmie Jones. Yeah, you know where this is going. It’s Gallant and Goofus time. Anyway, the story continues that Tommy took his teeth seriously, brushing every night, while Jimmie did not do so.

Sure enough, in time, Jimmie Jones gets some issues. The woman tells the children that bad brushing habits can be bad for three reasons. Then we go into a loooonnngggg explanation of all three.

The first is toothache. The woman explains how food left in your mouth spoils and causes acid, which leads to the only animation in this film. The acid is illustrated by “acid demons” chipping away at a diagram of teeth. The acid demons multiply and create a cavity. It’s a quite funny bit, although unintentionally. 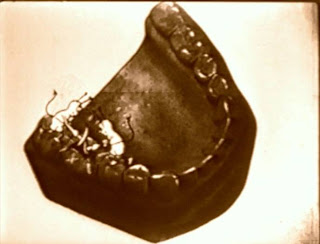 The second problem is that your health will suffer. This leads to another unintentionally funny part, as the boys are lined up together in a very Nazi youth scene, then they are taken to a scale. Now, Tommy is a good looking boy, but he’s rather portly. Jimmie, although he bears a striking resemblance to Lon Chaney, is a regular weight. However, when they weigh on the scale, the teacher tells Tommy that he’s fine but Jimmie is underweight because he’s not brushing well. Very funny, but in the wrong way.

Our final dilemma shown in the film is the one that is the most interesting today. Jimmie and Tommy go to get a job. Apparently, according to the sign on the door, there is a “Boy Wanted.” I’m telling you, you couldn’t make this movie today. 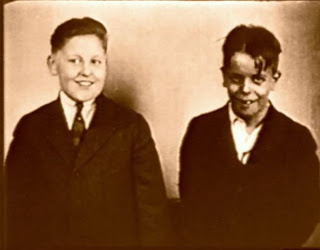 The short is very silly by our standards today, but I imagine it must have been effective at the time. Jimmie Jones is a scary kid, and I’d be scared straight if I were watching this as a kid. Today, it’s not even close to successful. But that may say more about the way people are today than anything else. 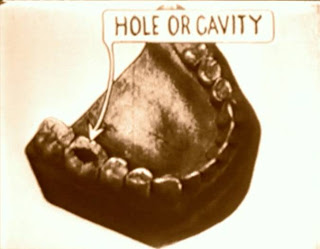 What’s the most interesting thing about this short is that it’s Walt’s first live action directing job. Since it’s such a trite subject, there’s not much in the performance of the actors that tells what he will later become as a filmmaker, but it is a milestone nonetheless. Even better, the $500 that Dr. McCrum paid Walt is what he used to ultimately pay for the first of his Alice shorts, a subject we will delve into further as we go along.
Posted by Ryan at 10:20 PM