I said it before. I love Christmas specials. I watch them with my kids every year, and try to catch them all. So to me, the news that Disney was putting out an all new special this year was possibly the best news I’ve heard from Disney animation since the announcement of The Princess and the Frog.

After a week delay due to Obama’s Afghanistan speech last Tuesday, Disney’s Prep and Landing aired last night. And how was it? 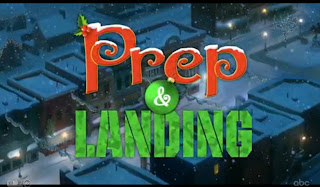 In a word: fantastic. John Lasseter and the entire Disney Animation team have to be commended for coming up with a great premise, creating interesting, relatable characters and filling the short with a simple story surrounded by great gags. 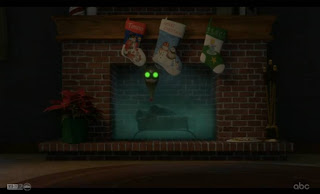 If you missed it, head over to Hulu and check it out now, but here’s the basics: Wayne, an elf who has been working for Santa for over 200 years, is up for a promotion. Until now, Wayne has been on the Prep and Landing team, the elite team of elves who heads to a house before Santa arrives and makes sure everything is ready for the big guy.

The opening of the film reveals how this takes place, and of course, that Wayne does not get the promotion. He is instead given a new rookie partner, Lanny, who goes out with Wayne on Christmas Eve. A dispirited Wayne leaves Lanny to do the prep work, while he camps out on the family recliner with milk and one of Santa’s cookies.

While he’s there, he flips past a familiar TV special. 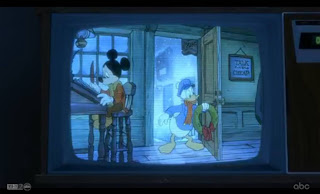 Yes, Mickey’s Christmas Carol! By sheer luck, this special was on earlier last night, on ABC Family, so I was able to watch it with my daughter before watching Prep and Landing. Great night.

Anyway, as is the case in all Disney films/rides, something goes horribly wrong, and Santa is forced to skip the house Lanny and Wayne are in. I won’t spoil the rest of the short, but Wayne has a change of heart, and decides to make sure that little Timmy, the boy in the house, has a Merry Christmas. 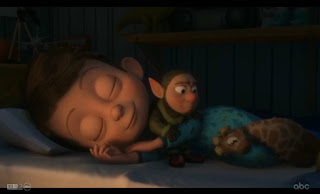 In the end, this short gives us huge insight into Wayne and Lanny, revealing their characters through their actions, as all good animation does. They are amazing characters, and I hope to see more of them. If anything, this short is too short. I could have used an hour long special that spent more time with these elves and their commanding officer. 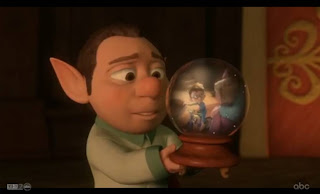 Check out Prep and Landing when it re-airs on ABC, or watch it now on Hulu. You won’t be disappointed.