Who Killed Cock Robin? is a delightful short, a fun play on detective stories and possibly even film noir, that manages to take the Disney style and use it in a new way. This is a nice change up for the Silly Symphonies. 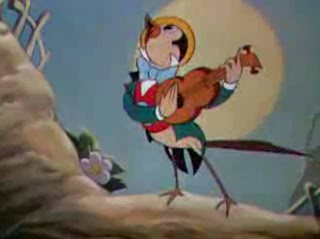 If you’re familiar with the story of Cock Robin, this is not a lot like that. Here, Robin is serenading his lady love, Jenny Wren, when he is suddenly struck with an arrow. He falls from the branch he is in to the ground, and the entire town turns out to see his body.

What I love about this sequence is how it plays off of the tropes of detective films of the period. I’m a sucker for old movies, and have been watching on Turner Classic Movies for old film noir or detective films. Just like in those movies, here, the police show up and “round up the usual suspects” from a nearby bar, even though they were nowhere near Cock Robin. 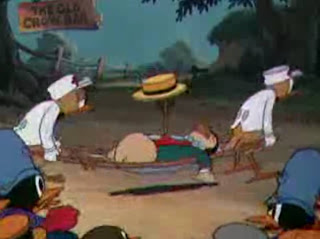 Not only that, you have some stereotypical characters being rounded up, like the hard edged crook with the deep voice, the drunken lout and then a third bird that is a take off on Harpo Marx. The whole thing is very well done, and leads to the courtroom drama. 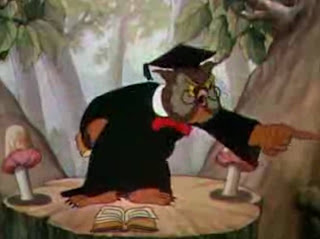 Again, this is a take off of courtroom dramas and detective films of the time. Here, an owl serves as a judge, while the jury is a chorus that enumerates the sins of the witnesses, who are interrogated by a parrot. The use of the parrot’s natural strut as an intimidation tactic for the witnesses is a fantastic touch.

Eventually, Jenny Wren shows up and demands justice. Jenny’s character is an obvious homage to Mae West, and she woos the entire courtroom instantly. The characterization of Jenny and the courtroom is hilarious, and really draws you into the short. 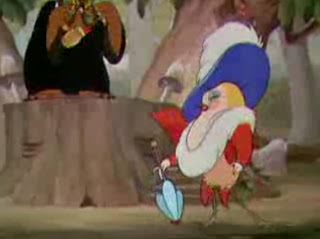 The big twist, because there always is one in courtroom dramas or detective stories, is that Cock Robin is not dead, but was shot by Cupid’s arrow, and fell on his head. He wakes up, kisses Jenny, and all is well. 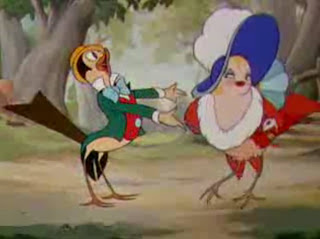 I can’t say enough about how great a job the animators did in capturing the mood of a detective story here. From the opening titles in black and white, to the music that could have been silly but is instead played super serious, everything works together. You could call it a parody, but I would say it’s an homage. There is some serious work done here to make this feel real, not silly. Kudos to all those involved for pulling it off.