One of these days, Mickey is going to learn not to invite orphans and Donald Duck to his benefit show. Perhaps doing a show where proceeds go to the orphans would be better than a show that orphans come and see. Regardless, the results were again disastrous or funny, depending on your point of view, in Mickey’s Circus. 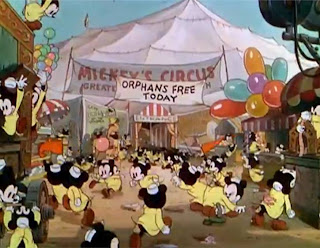 Again, it’s relevant to note that Mickey is the gatekeeper for the most part, leaving the gags up to Donald. That’s okay here, because Mickey gets back into the action later on in the short. Not only that, but Donald’s gags with the seals is a fantastic piece of work, with some great interaction and very funny stuff. 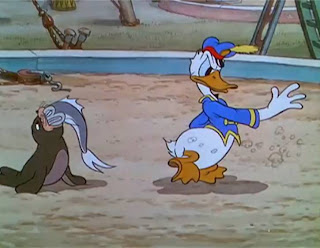 Donald’s seals are the main attraction in the circus and the short. He attempts to get them to do tricks, but it doesn’t work. This is exactly the best situation to put Donald in, where he needs to get something done but is frustrated by a likeable character. This pattern carries through to many of Donald’s shorts, and it works beautifully.

The smallest seal is the most devilish of all. He falls in line with the orphans, Mickey’s nephews, the three little wolves and others as an example of a younger character wreaking havoc on one of the Disney stars. Again, it’s a pattern that will be repeated over and over. 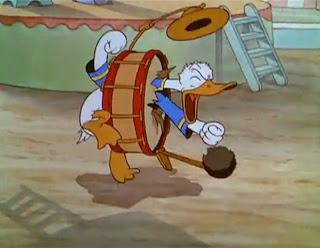 The gags with the seals are good, but the short really kicks into high gear when Donald chases a seal into a cannon, then gets launched into the sky, along with Mickey, ending up on a trapeze wire. That’s where the gags start coming more rapidly, and we get some great animation, including Mickey swinging towards and away from the camera as he tries to get his balance. 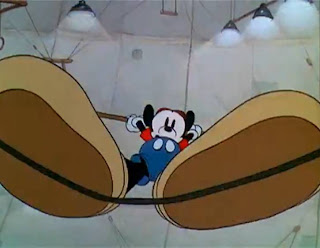 There’s so much more there, like Donald riding a bicycle along the trapeze wire, the orphans oiling the wire, and Donald’s acrobatics of riding across Mickey’s balancing staff. When the inevitable fall comes, it cracked me up that Mickey is the one who collects himself and dives into a pool of water below, while Donald, the one who should be used to aquatics, holds his “nose” and goes in like a cannonball. It’s a subtle gag, but very funny. 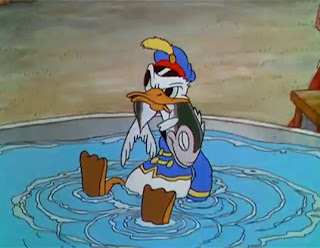 The orphans in this short really only show up while Mickey and Donald are on the wire, with one notable exception. When Donald gets really frustrated with the seals, he turns to see the orphans mocking him from the stands. Seeing all the orphans clapping their hands together in front of their mouths like a beak is amazing. Not just because it’s funny, but because you have to remember that all of this was drawn by hand. Every last one of those orphans was drawn over hours and days. It really puts things in perspective to think of it that way. Great short!