The relationship between Mickey and Pluto must be a fragile one. I mean, we saw Donald taking in Pluto in Donald and Pluto, there was the rivalry between Pluto and the kangaroo in Mickey’s Kangaroo, and now we have Mickey’s Elephant. Seems like any time someone new shows up, then Pluto gets jealous. 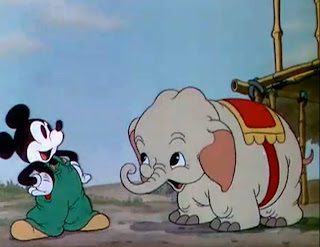 I say that jokingly, but it seems to be true that Pluto can’t appear in a short without becoming the star and completely taking over. In the comments section on Donald and Pluto, David Gerstein mentioned the “Nichols Rule,” which he postulated was that Pluto will “invariably get the most attention, no matter how interesting the other characters/situations might be.” He named it for director Charles Nichols, but it applies to other directors as well. 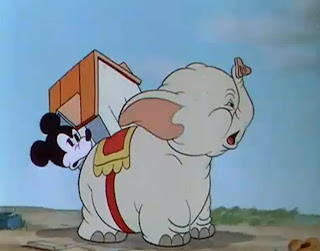 I’ve stated here that I think Pluto is one of the most interesting characters in the Disney shorts, because he does not speak, and animators cannot use typical human gestures to communicate his feelings. The animation work has to be a hybrid of animal/human expressions and gestures to convey emotion. Therefore, I feel that Pluto is one of the best characters for animators to show their skills.

In this short, though, it seems very much a retread of Mickey’s Kangaroo. Mickey gets a gift of an elephant named Bobo from a fictitious Rajah. As you’d expect, the elephant and Pluto do not hit it off. Bobo begins playing with a ball, and it slips under a nearby fence, where Pluto encounters it. Watching Pluto see the ball mysteriously disappear or float in the air as Bobo sucks it back to him with his trunk is hilarious. Again, Pluto’s expressions are priceless. 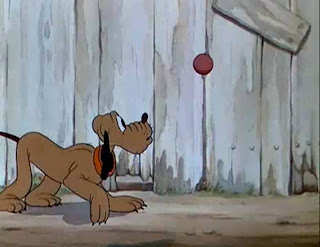 When the little green devil pops out and starts telling Pluto to get rid of Bobo, though, it seems very much like Mickey’s Kangaroo. The devil gag is a frequent one with Pluto, and it’s a way for him to talk without actually speaking. Unlike Mickey’s Kangaroo, the devil is physically present, rather than Pluto talking into the camera, but it’s the same effect. 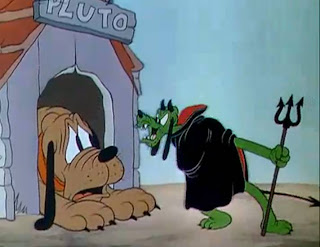 The final gag is Pluto blowing red pepper into the elephant’s face, causing Bobo to go on a sneezing fit. Mickey tries to stop it, but Bobo’s sneezes end up causing the destruction of not just his new house, but Pluto’s as well. The short fades out with Pluto squashing the devil and looking dissatisfied with the outcome. 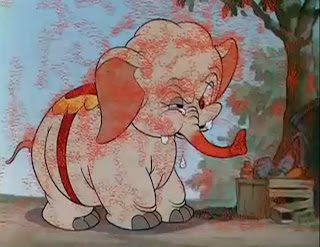 That’s the biggest problem with the short – there’s no resolution. Pluto and Bobo don’t become friends, Mickey doesn’t tell Pluto that he’ll never be replaced, and there’s no idea what became of Bobo. The story was all laid out there, then never finished. Sure, shorts don’t have to be a complete narrative, but this one was there, and left undone. Seems like a repetitive, less than stellar effort, although the actual animation is quite good.