Once again, we have a Mickey Mouse cartoon that features Mickey as merely the window into the antics of other characters. In Mickey’s Grand Opera, that leads to some nice funny bits with Donald Duck, Clara Cluck and Pluto, but again leaves Mickey out of the festivities. 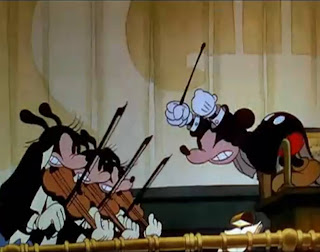 To be fair, Mickey is the conductor in this short, so he is the one controlling the action. But, in any good Disney short, the person in control is always the one who gets disrupted. Such is the case here, as Pluto’s antics end up destroying the opera, with some interesting results.

Pluto is the character with the most going on in this short. Even though his screen time is limited, he does have the most characterization and the audience feels the most for him. The beginning of the short shows Pluto coming up to show some affection to Mickey, who rebuffs him, and sends Pluto away. Mickey’s repeated shouts of “Go home!” are probably the harshest words he has spoken since his earliest appearances. 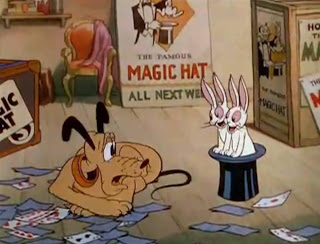 Pluto’s story really kicks into gear when he encounters a “magic hat” stored backstage. The hat reveals rabbits popping out as well as taking on a life of its own. The hat is the best part of the short, spurring on the conflict and the climax. 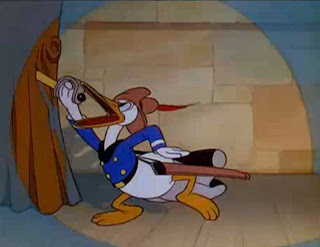 The opera itself is carried out by Mickey’s orchestra, with performances by Clara Cluck and Donald Duck. The two of them singing to each other was a stroke of comic genius. Clara’s high pitched clucks and Donald’s guttural quacks volley back and forth, with increasing frequency and hilarity. 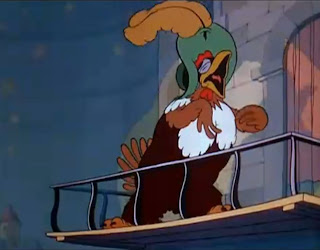 The finale comes as Pluto chases the hat on stage, and all the orchestra and Mickey again tell him to go home. This is the most resonant moment of the short to me, as the viewer feels sympathy for Pluto right before he trashes everything. It’s a subtle touch, but it’s that kind of emotional connection that sets the Disney shorts apart. 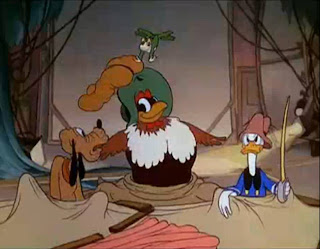 In the end, we have the same gag as there was in Orphan’s Picnic, as a frog escapes from the hat, then jumps down Donald’s throat. Then, we see Donald being dragged all around as the frog jumps around. It seems very odd to see the same gag back to back. As the set crashes down around them, though, Clara, Donald, the frog and Pluto sing the finale. It makes for a fun ending to a decent, if not outstanding short.