We’ve seen several pairings of the Fab Five throughout their careers, but there’s usually one of two common denominators. Donald Duck or Pluto are generally present in almost every short since their introduction, with the exception of the Mickeys that followed shortly after Pluto’s debut. These two have been expected to carry much of the comedic load. We’ve only seen them together solo one time, though, in Donald and Pluto. One time, that is, until The Beach Picnic.

This short is not revolutionary or really notable for something big. It’s just a fun pairing of two of Disney’s biggest stars. It’s arguable that at this point in 1939, Donald is a bigger star than Mickey, and Pluto was on his way to becoming the same. Putting the two of them together doesn’t make much sense from a story standpoint, though. 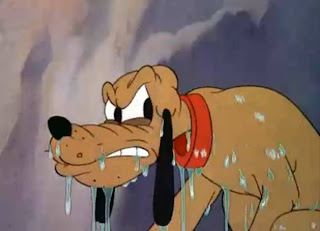 Donald’s appeal is very much based in his anger/frustration about things around him, while Pluto is all about animal curiosity and fun. The two don’t really overlap, and they don’t in the short, either. Even though both stars are dealing with the same things, they are rarely on screen together. 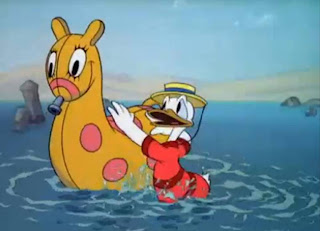 The first problem to vex our heroes is an inflatable sea horse raft. Seems simple enough, right? Of course it’s not easy for Donald, who keeps falling off when he tries to mount the raft. That’s a simple gag, and it doesn’t really play out that well in my opinion.

Pluto, as is normally the case, takes over the short when dealing with the raft. Donald is relegated to standing by and laughing as Pluto tries to take on the raft. This seems like a real miss to me, because it leaves Donald out of the fun, and honestly the Pluto gags are rather simple. 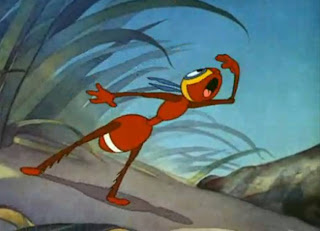 Where the short really got me, though was in the use of the ants who attack the picnic that Donald has set up. By characterizing the ants as Indians, it sets up a fun sequence where the ants gather to war drums and invade the picnic. Again, we see two different responses. 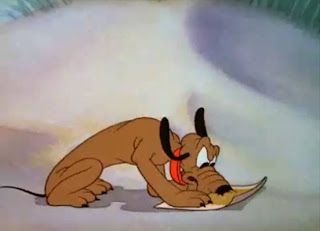 Donald responds by chasing the ants off and laying out fly paper to trap them. Pluto is stalking the ants when he then gets caught up in the fly paper. Seeing Pluto try to get loose is a good bit, but it’s even better when Donald gets stuck with him. It’s Donald’s comeuppance, which comes in every short he is involved in. 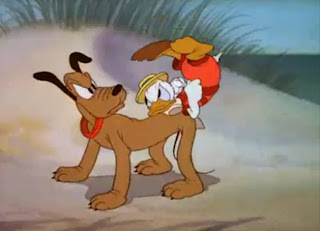 The only issue I have is that Donald and Pluto are not stuck together long enough. There were more comic possibilities with that than the way things end up. Donald gets thrown off and wrapped up in the fly paper like a mummy. Granted, it’s funny, but not as good as it could have been. That’s my feeling about the whole short – it’s good, but not quite as good as it could have been.