We have finally arrived at the beginning of my favorite series of Disney shorts – the Goofy series. I love Goofy’s cartoons. He’s always been my favorite of the Fab Five, right ahead of Donald. Goofy and Wilbur is the first short where Goofy is featured on his own, and to some degree, shows the difficulty that the studio would have in creating a solo series for him. 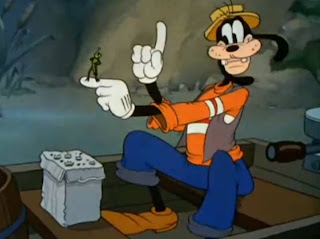 In his previous outings, Goofy has been paired with either Mickey and Donald or just Donald to produce a team up short. Although most of his screen time has been solo in those shorts, we’ve not yet seen a Goofy only short. That must have weighed heavily on the animators, because Wilbur the grasshopper is a big part of this short, suitably sharing the billing in the title.

The short focuses on Goofy’s fishing expedition, using his friend Wilbur as bait. It’s not as brutal as it sounds, since Goofy turns loose the very live Wilbur to jump over the water and lure the fish towards the boat. When they do so, Wilbur jumps up and into a net, which he easily slips through. The fish are not so lucky. 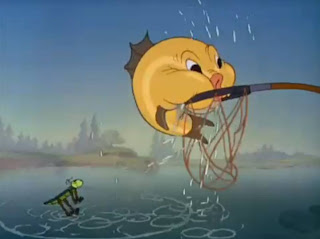 This trick is an interesting gag, but what’s nice about the short is that it does not rest on that trick alone. After displaying it once, things are mixed up. A couple of fish collide, a fat fish weighs down the net, and Goofy’s net breaks, leading Wilbur to be swallowed by a particularly deceptive fish. 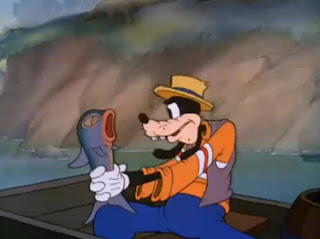 This is a nice touch, because when we’ve seen good central gags in the past, sometimes there was a tendency for the animators to rest on their laurels and play it over and over again. This way, we get to see Wilbur in a variety of circumstances throughout the first half of the short.

Once we reach the second half, though, things shift over to Goofy. Wilbur gets swallowed by a frog, and Goofy has to come to the rescue. It’s in this part of the short that you see where the animators’ concerns over using the Goof as a central character might have come from. 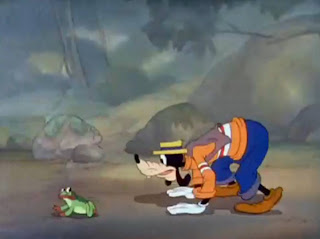 Goofy’s role in this second part of the short is to basically chase the frog and then the bird that eats the frog. There’s just not much there for him to work with. Some funny bits come when Goofy has to imitate the running patterns of the two animals, but for the most part, it’s just not a standout piece of work.

Goofy works best when he’s confronted with a situation that has an obvious solution, but he can’t figure it out, or when the situation is a normal, everyday task that he takes a roundabout way to complete. This is not one of those situations. However, when you get into the later “How To” shorts, it fits perfectly. 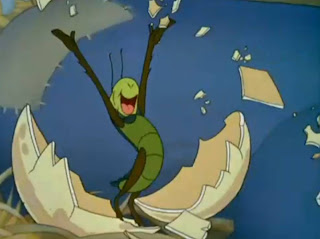 Wilbur returns in the end, the true star of the short. The way he returns, being hatched out of an egg laid by the bird, is a little weird. Not sure how that works! Wilbur is the real star of this short, but it’s a big first step towards establishing Goofy as a solo cartoon star.