The Practical Pig revisits the Three Little Pigs, probably the most popular Disney characters outside of Mickey and his gang. It’s a good short, and we even get a little more of a glimpse into the pigs’ lives. But at this point, it seems as though the pigs are one note characters, and all the shorts follow the same pattern.

Before, we saw how the pigs treated the menace of the wolf, with two of the brothers mocking him while the more level-headed brother took things seriously and ended up saving the day. No change in this short, as it’s named after the level-headed brother, who again saves the day. 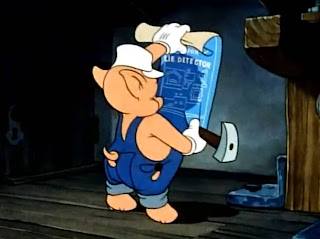 The Practical Pig, as I would assume he is named from the title, is now becoming a bit of a tinkerer. We saw his invention in the last pig short, Three Little Wolves, which saw the “Wolf Pacifier” come into play. This time out, he’s building a Lie Detector. Not sure what the purpose of this would be, but he insists it will help against the wolf. Doesn’t really make sense when you think about it. 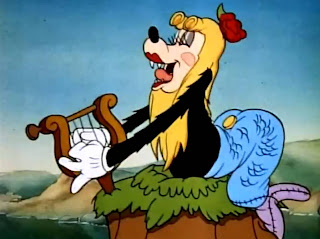 This is the attitude of the pig’s brothers, who mock him roundly and head off to the swimming hole. Of course, they are then captured by the wolf, just like they were in the previous shorts. This is my main problem with this short, is that it is the same set up as the earlier pig shorts. The story in this and in Three Little Wolves is very much the same. 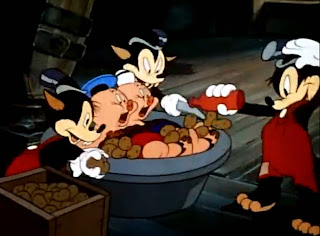 I will have to say that there are some particularly inventive gags in this one. The wolf catches the pigs by posing as a mermaid, which was pretty amusing. The Lie Detector itself was an inspired piece of work, as it takes great pains to find out if the wolf is lying and later if the other brothers are, then paddles them with a brush or washes their mouths out with soap. 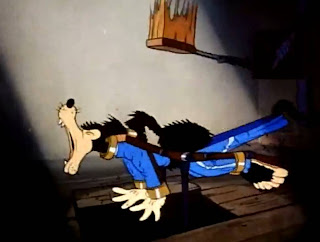 The three little wolves are also back here, but they are just like Huey, Dewey and Louie, in that they are not distinct characters, but more parts of a whole. They move in concert, trying to eat the brothers while their father is off trying to catch the other pig. 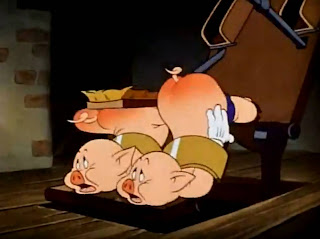 The Practical Pig includes some great funny ideas, but it does not hang together as well as the previous pig shorts. Like I said, I enjoyed the Lie Detector greatly, and the finale of having the pig brothers all being attacked by it was quite good. The problem was that there was nothing else new in the middle to keep things flowing. I liked it, but it definitely seems like time to retire the pigs.