The Art of Skiing

I’ve made no bones about it, the Goofy “How To…” shorts are my favorites. We’ve seen a few of these so far, like Goofy’s Glider or How To Ride A Horse, which was buried inside The Reluctant Dragon. But where the series really kicks off for me is with today’s short – The Art of Skiing. 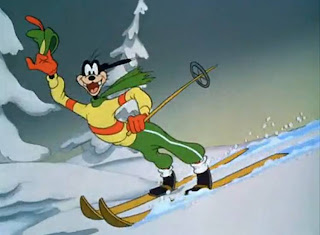 The hilarity begins from the very first shot of the film, when the book “The Art of Skiing” is shown on screen, and underneath it reads “Pronounced SHEE-ing.” I have never before and never since heard anyone pronounce it that way, but listening to John McLeish pronounce skiing that way is hilarious. 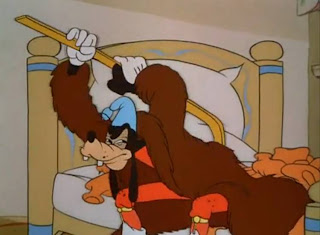 As always, the humor here is in seeing Goofy try to comply with the ways that the narrator is telling him to act, but completely lousing it up. I think this short does a better job of that than the previous ones. Goofy looks directly into the camera, as though listening, and attempts to make the correct move, only to fail miserably. It starts right from the beginning, when he tries to put on the skis. 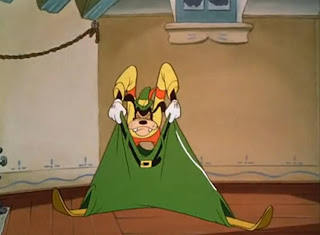 One of my absolute favorite things from Goofy is the yodel/yell he unveils in this short. The “Waaa-hooooo” yell is one thing that makes me laugh every single time. It is frequently quoted around my house and something I never tire of, no matter how many times it is used in the Goofy shorts. 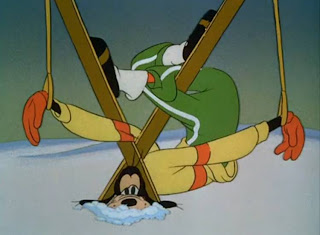 There's not much to talk about in this short, except that it's just fun. Sure, there's the pain of seeing Goofy crashing through things and falling down mountains, but that's part and parcel of the experience. It's also interesting how many different gags the animators came up with for this one idea. 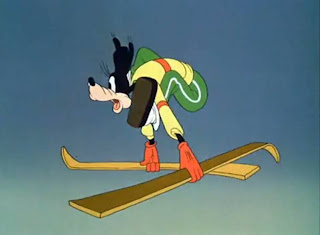 There's the typical stuff (Goofy gets twisted around or goes down the wrong slope), but then there's also some more inventive ideas, such as Goofy flying through the air as he does a ski jump. He manages to get a hold of hte skis and turn them into wings, eventually crashing him through the window of his hotel and back to bed. It's a fun ending to a very funny and exciting Goofy short.