I wrote the other day about Mickey having been sidelined in Canine Caddy, where he really does not serve much of a purpose. The animation was good, but there was not much in the short to hang your hat on. The situation is no different in The Nifty Nineties, but for some reason, I had the opposite reaction to it.

It could be hype. I’ve heard about this short for quite some time and how fun it was, but had never seen it. So that could have something to do with it, but honestly, I think this is just a good short. It moves well, has some good funny bits and features some good Mickey work. 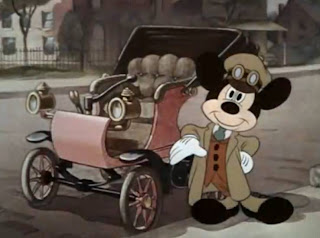 The opening shot is among my favorites of Mickey, a sepia toned portrait of him next to an old time automobile. It just screams Mickey to me, and is a classic image that you can imagine being taken from a picture of Walt or one of his contemporaries. That image just made me feel more than ever that Mickey and Walt were the same. 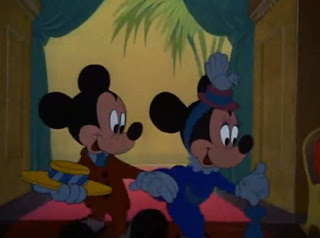 From there, Mickey goes to court Minnie, who is batting her eyelashes and dropping her handkerchief in that mischievous mouse way. Mickey takes her to a vaudeville show, which is such a Walt thing to do. The whole short has the feeling of Walt’s childhood coming through. 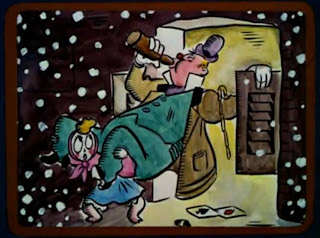 The vaudeville show is classic Disney as well, showing some fantastic bits, but really calling back to the vaudeville shows from Alice’s Wild West Show forward. There’s the melodrama shown on slides, which is similar to Baby Weems from The Reluctant Dragon, although it does not move.

The second act, though, is fantastic for Disney buffs. It’s two vaudeville comedians, noted on the placard as Fred and Ward. These two are doppelgangers for Fred Moore and Ward Kimball, two of Walt’s top animators. Kimball was coming into his own, having appeared in The Reluctant Dragon, and about to do his best work to date on Dumbo. Fred Moore was known for his amazing work on the redesign of Mickey Mouse, among other things. 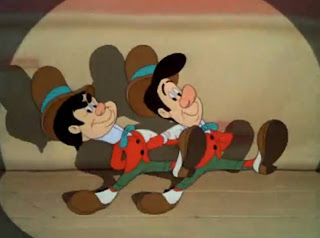 Having the two of them on stage as vaudeville comics is an inspired touch, and is a great thing to see for Disney buffs. Additionally fun to see is the following sequence, where Mickey and Minnie leave the theatre and run into Goofy on a giant bike and Donald, Daisy and the nephews on a five seater. It establishes again that these characters are in the same universe, which is a great precedent to set. 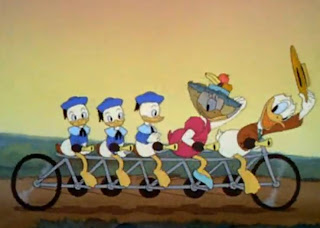 The finale of the short sees Mickey crank up the speed on the car, ultimately crashing. But, in true Mickey style, he and Minnie both smile and laugh off the crash. I can’t quite put my finger on it, because there’s really no story here, but it’s an enjoyable short. I had fun watching it, and that makes The Nifty Nineties okay with me.