Mickey and Minnie – the eternal romance, right? Like Kermit and Piggy, or other famous fictional characters, they’re destined to be together but not married, constantly doing the dating dance. But what if they were? That’s ostensibly the subject of Mickey’s Nightmare, the latest Mickey cartoon.

I say it’s ostensibly the subject because in reality, this short is a re-imagining of the 1931 short Mickey’s Orphans. Things start out with Mickey falling asleep, fawning over his picture of Minnie, and placing a Cupid doll next to the picture. He kicks Pluto out of the bed, and falls asleep. 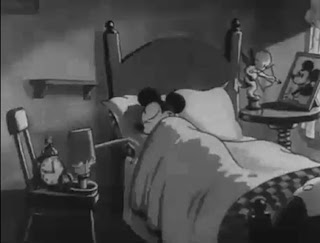 The next scene, as Pluto sneaks back into bed and begins licking Mickey, launches into a dream sequence. It’s here that we get to see the first representation of Mickey and Minnie getting married. As far as I know, at least. It could have been done in the Mickey Mouse comics or some other forum, but in the cartoons this is the first one. 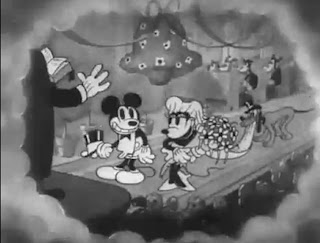 Again, though, that is a set up for the main storyline of the short, where a multitude of storks drop baby Mickeys into Mickey and Minnie’s house, much to the proud papa’s dismay. The kids greet their father and proceed to wreak havoc throughout the house. 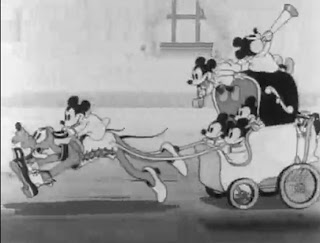 This is where the remake of Mickey’s Orphans comes in. The “babies” are able to destroy the house more efficiently than any wrecking crew could. Perhaps because it’s been done before, the gags this time don’t come across as anything all that special, even if they are fairly amusing. 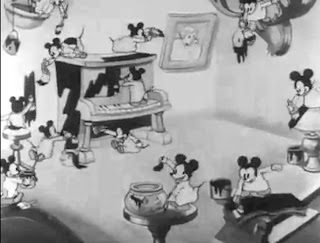 There are a few standouts, like the kids riding Pluto in a carriage or a group of them pulling in and out of a set of drawers as Mickey and another baby run past. But for the most part, the gags are predictable and nothing exceptional. Again, this is likely because I’ve seen this story before, but I think it’s also because there’s nothing new here – it’s similar not only to Mickey’s Orphans but to Alice Rattled by Rats or When The Cat’s Away. 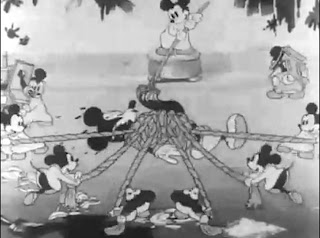 There is, though, a charm to this short that makes the viewer happy. The baby Mickeys are cute as can be, and Mickey keeps a good attitude throughout the torture he is subjected to in the short. Like I said about Mickey’s Orphans, having this same story with Donald Duck would be vastly different, and likely funnier.

There is something about Mickey, though, that makes people want to root for him. Throughout this short, I found myself smiling at his exploits, despite the fact that it was familiar territory. At the end, when he wakes up and smashes the Cupid statue, I enjoyed that we got to see a little more mischief in Mickey than normal. It makes Mickey’s Nightmare a good short, if not a great one.