Yet again, we’ve reached a milestone in our comprehensive review of the Disney films. 1937 is the year of Snow White, but there is a whole year’s worth of shorts to get through before Snow White. Don Donald is a landmark one, because it’s the first “official” Donald Duck short, and it features the debut of Daisy (though she’s not called such in the short).

Donald Duck would eventually become the most popular of the Disney characters, leading to the longest lasting series of shorts among the Fab Five. From 1937 going forward, we see Donald, Goofy and Pluto becoming more and more prominent, while Mickey becomes less so. For Donald, that begins here. 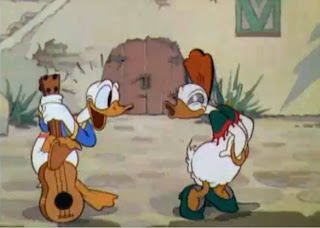 The short is all about Donald wooing Daisy, however unsuccessful that might be. It’s Donald’s ultimate fate to always be falling short. After all, the humor of Donald is in his frustration. If he’s happy, then he’s not funny. He gets plenty of frustration here.

First, he tries to woo Daisy with a song, riding up on his burro and serenading her. But when Daisy gets on the burro and gets bucked off, Donald can’t help but laugh. Bad move, man. Daisy gets irritated, and storms off. 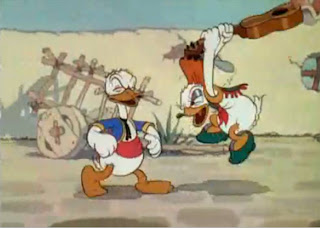 Donald being Donald, it can’t be his fault, so he puts the blame on the burro, and trades the burro in for a new car. Right here is the difference between Donald and Mickey. Donald can trade in the burro and leave it, but we still like him as a character. Mickey could never do something like that. 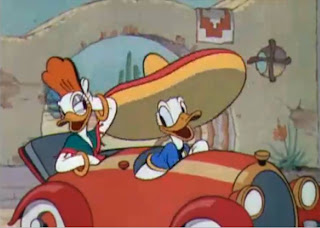 I’m sure you can figure out where this is going – Daisy is intrigued by the car and jumps on board. But then, something goes horribly wrong, and the car takes off with Daisy, then ends up throwing her into the mud. Instead of ending up with Daisy, Donald ends up alone, with the car spraying hot water on him, and the escaped burro laughing at him. 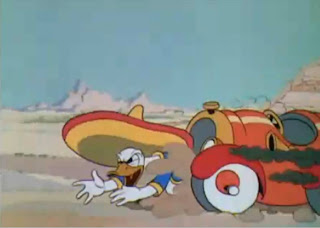 In watching this short, I found myself struggling for something to compare Donald to – I knew the comparison was there, but I couldn’t figure it out. Then it hit me – George Costanza. Just like George, Donald shouldn’t be a character that we like. He’s mean, always trying to find the easy way out, and treats people horribly. He laughs at his girlfriend rather than help her out, for example. 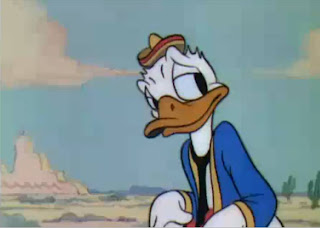 But, like George, Donald’s charm lies in his frustration. Watching his blood pressure rise and how things never work out for him is what makes him funny. I know that Donald came first, but that was the comparison I came up with. Is there more here? Goofy as Kramer? I don’t know, but it hit me while watching this short. A great start to Donald’s solo career, to be sure.