We have seen a lot of landmarks in our review of the Disney films, but The Old Mill is especially significant. I would almost be willing to say that it is the most important short since Steamboat Willie, for the contribution it makes to the future of Disney animated films, both shorts and features. 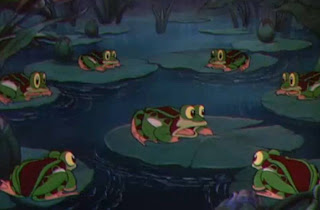 Of course, the big news of this short is the development of the multiplane camera. For those of you who do not know (and I doubt that’s many of you), the multiplane carmera was developed to help the animated films have more depth. The idea was to put each piece of the background on a separate piece, so the camera could move between them easily and show more dimension on screen. 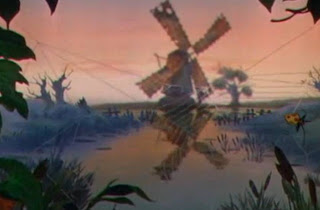 It’s readily apparent from the beginning of the short that this is the case. The opening shot of the mill as seen through a spider weaving a web is stunning, and it continues. Later on in the short, as night creeps around the setting, we see fireflies lighting up the night. Again, the lush backgrounds feel alive in this shot. 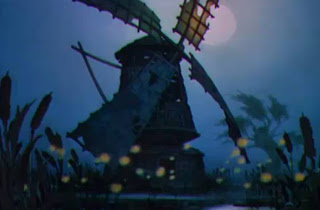 The story of the short is also important. There are no words in this short, just music and fantastic animation to tell the complete story. It’s what the Silly Symphonies were created as – a medium to tell stories through animation and music. One can imagine Walt and his crew seeing this and thinking about making Fantasia. 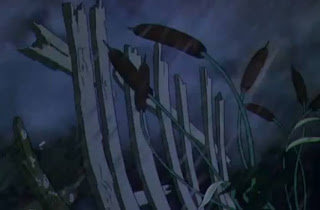 The idea is that night is falling around the mill, and a storm is brewing. The animals around the mill react in different ways. What’s important to me is that the film progresses naturally. It is realistic in a way we have not seen before in these films. You can watch this short and believe that it would happen this way in nature.

There are so many little moments in this short that make it fantastic. The big drama is the blue bird that sits in the spot of a gear, and only gets a reprieve from having her babies crushed because there is a spoke missing on one of the gears. 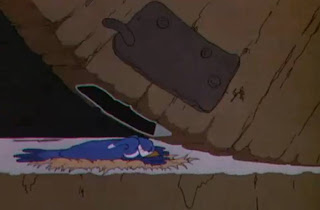 But there are many more. Seeing the bats in the top of the mill stretch like humans when they wake up and then fly away is fantastic. The mice whose eyes stick out in the middle of the night then are illuminated by the flash of lightning are also great. My favorite is the pair of lovebirds who sit on one piece of wood towards the window, and never stop nuzzling each other throughout the whole storm, and they are there again at the end, still in love. There is a sweet, consistent message there. 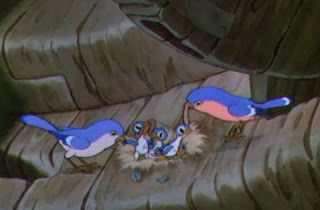 The main difference between this and other Silly Symphonies is that things are so realistic. In the past, we have seen little slice of life shorts, but they have shown us that the animals are dancing and singing when we are not around. In The Old Mill, we see an innocent, pastoral take on life that builds to a dramatic event of the storm. It’s a fantastic, Academy Award winning piece of filmmaking, and it’s unforgettable to anyone who sees it.