When I first got the tins of Mickey Mouse in Living Color in the Walt Disney Treasures set, I sat down with my son and watched almost all of Disc 1. Our favorite of those early shorts was this one, Hawaiian Holiday. Why? Because it combines all five of Disney’s classic characters in one place, with everyone getting their own little moments. 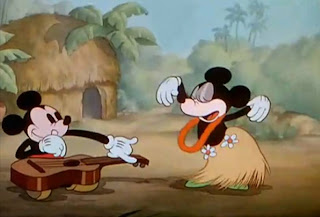 I have another reason – if you follow me on Twitter, you see my icon is Mickey in a hammock. I’m a huge Polynesian Resort fan/Tiki aficionado as well as a Disney nut. A “cel” from this short is hanging next to the elevators on the bottom floor of the Polynesian, and I go on those elevators all the time, going up with a stroller to Kona or ‘Ohana. So, Hawaiian Holiday holds a special place in my heart.

In all likelihood, it probably should not do so. This short doesn’t really have a story or a through line, but is mainly a collection of little gags featuring the Fab Five. As per usual, Mickey gets the short end of the stick, but Minnie isn’t far behind. Mickey’s big moment is as a guitar player, where his hands do a dance across the strings, reminiscent of the gloves in Thru the Mirror. 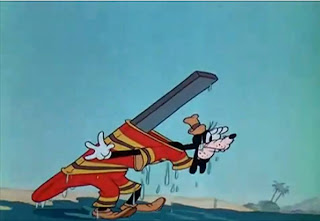 Minnie doesn’t get much time to herself, but ends up doing some quick dances at the beginning of the short, and then again in the middle and end. She doesn’t have a gag to herself, per se, but she sets the musical tone of the short by singing the main lyrics of the song that runs throughout. 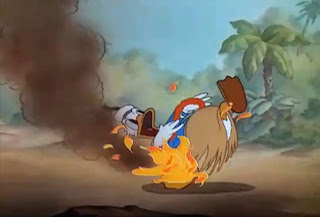 Donald is notably less prevalent in this short than you would expect. He also has one quick gag, where he is dancing in a grass skirt that catches on fire. Despite the brevity, it’s a fun gag that plays well with Donald’s tendency to overreact.

The majority of the short, though is taken up by Pluto and Goofy. This follows the typical rule that Pluto can’t be present without taking over a short, but he gets roughly equal screen time with Goofy in Hawaiian Holiday. Here, it’s Pluto taking on a sea shell and then a crab. It’s a repeat gag when he faces off with the crab, mimicking the crab’s movements, but it’s still funny. 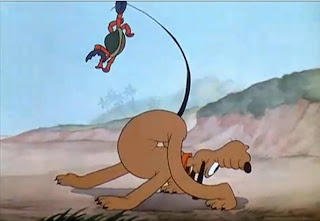 Goofy’s main gag is a preview of what he will come to be known for – his futile attempts at sports. Throughout the short, Goofy is trying to surf, only to be thwarted by the tides, sand and finally the ocean itself. As his solo series evolved, this was what Goofy did best. Marry the contrary narration we saw in Little Hiawatha with this comical attempt by Goofy and you have the shape of Goofy’s solo series. 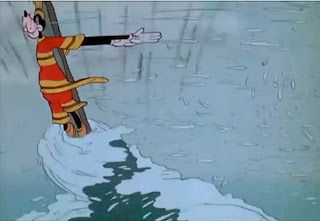 There’s no reason I should like Hawaiian Holiday as much as I do, but I think that’s what is so appealing. It’s not something you would break down for its component parts (story, animation, backgrounds), although all are good. This is a short to simply watch and enjoy, and I do.