Birds of a Feather

Birds of a Feather is just not that memorable, to be honest with you. I watched it through, like I do all of these shorts, and started looking for items to write about, but there just wasn’t much there. It’s another cute little Silly Symphony, but it’s not anything new or inventive to be sure. 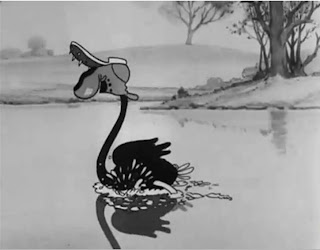 That’s not to say there’s nothing good in Birds of a Feather. It has some fun sequences, especially towards the end. There is just no standout piece of animation or music that makes this a short that viewers will remember. 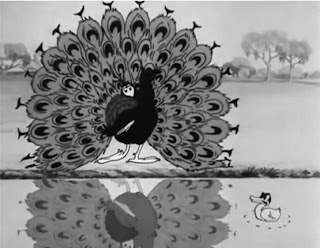 The short is kind of a strange hybrid, with the first 2/3 of the short being a throwback Silly Symphony, featuring a bunch of birds engaged in some dancing and chirping/singing to the musical soundtrack. This part of the short is okay, with some slow moving sections. There is a good piece where the camera slowly pans up a tree, with a different kind of bird on each limb. That is a neat piece, just because it changes things up every so often. 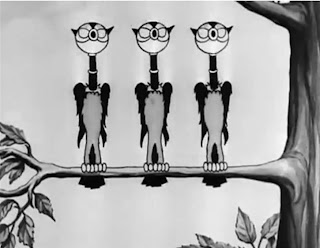 The last third of the short, though, is not a bunch of silly dancing, but features a short story about a chicken whose child is stolen by a hawk, and then rescued by a band of birds nearby. The sequences of the birds flying in formation, then dive bombing the hawk before forcing it to the ground are very interesting on a couple of levels. 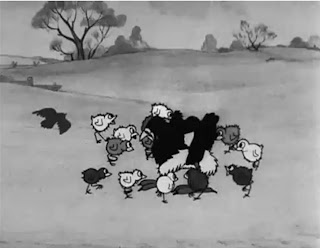 First, remember that Walt was in World War I, serving in the Red Cross Ambulance Corps. At the time, bombing of the countryside was considered horrific. Even at the beginning of World War II, nearly eight years away when this short came out, bombing was not considered part of “civilized” warfare. So you wonder if Walt saw a lot of bombing during his service, and if that influenced this short. 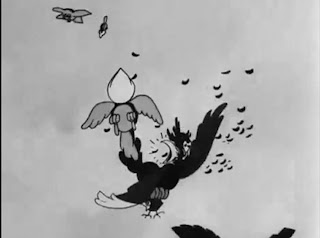 Secondly, when World War II did break out, Walt’s fascination with aerial assault led to the feature film Victory Through Air Power. I have not seen that film yet, but you have to wonder if the birds here are foreshadowing that later film.

Other than those curiosities, there is not much to comment on in this short. It lacks compelling characters that the viewer can latch onto and follow, and there’s not a story to bring the elements together. Unlike some of the earlier Silly Symphonies which featured some interesting character designs and fun characters, there really aren’t many memorable birds here.