The first Disney short released in 1931 was the Mickey Mouse cartoon The Birthday Party, featuring a surprise party thrown for our favorite mouse. It is a convenient setup for a familiar script – Mickey, Minnie and a bunch of animal friends playing music and dancing. 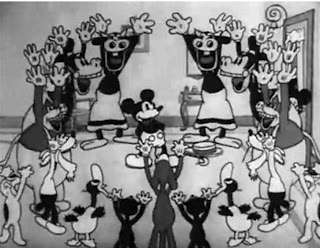 I must admit it is a little disappointing to see the formulaic nature of the old Mickeys return here, but there are some subtle differences. For instance, there is much more dialogue in this short than in most of the earlier Mickeys. When Mickey goes to Minnie’s door, there is a brief, awkward conversation between the two. Mickey asks Minnie how she’s doing, then vice versa, over and over, showing the playfulness between the two and the blooming courtship.

Another difference noticed is the new look for Mickey when he’s walking up to the door. We’ve been used to seeing Mickey in a variety of barnyard settings, but here, he’s dressed in a straw hat and a cane, showing a bit more of his gentleman side. Again, this mirrors Walt’s own development, and one would imagine many of his animators. Most of these guys were Midwestern dwellers in childhood, and had become more well off as they did better and better in animation. 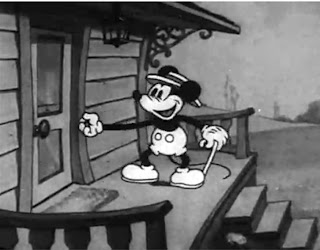 Once the surprise party reveal takes place, the rest of the short is merely the playing out of the party. Minnie gives Mickey a piano for his birthday present, and the two join in a jam on the song “I Can’t Give You Anything But Love, Baby.” The only problem with that is that it takes up almost 2 minutes of a seven minute short with the two of them not facing each other but playing piano. It keeps the short stagnant for a while, even though the interplay between the two isn’t bad. 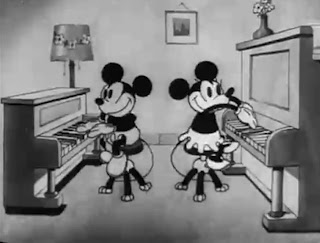 After that we get some dancing action, as would be expected. Clarabelle Cow and Horace Horsecollar do most of the work, showcasing these side characters in a memorable sequence. Their dance isn’t anything special, but seeing the two characters highlighted on screen is a treat. 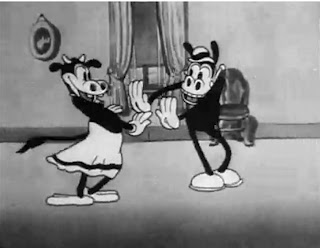 The finale is the best gag of the film, as Mickey starts playing along on a xylophone, which suddenly comes to life. The xylophone attempts to evade Mickey’s mallets, then turns into a bucking bronco that Mickey ends up riding around the room. That’s the best gag in the short, and it ends the short on a high note. 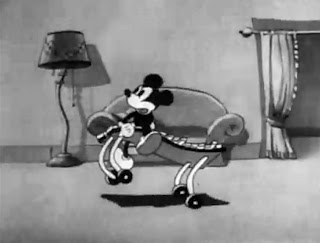 The Birthday Party is not a major leap forward or anything like that, but it’s an entertaining short nonetheless. It really does put you into a celebratory mood, and speaks to the point that Leonard Maltin made in the commentary on Winter, that celebrations in these days were about music. You see that embodied in this short.