The years of 1930 and 1931 in the Disney Studios were ones of great change, if the shorts offer any insight. We’ve looked at the changes here, from Ub Iwerks and Carl Stalling leaving the studio, to the slow but steady shift away from musical based shorts to more story based subjects. With the release of The Ugly Duckling, Disney has finally made a Silly Symphony that follows one story from beginning to end, and in doing so, created a template for future prosperity at the studio. 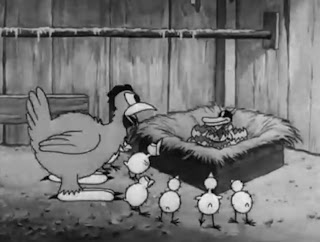 I know that constant readers of the site are probably sick of my constant refrain of story vs. music, but it is a part of this early life in the Disney Studio. Iwerks, Stalling and their particular talents were built for creating cartoons that featured impressionist or silly visuals to accompany songs, such as in The Skeleton Dance. But with the loss of those two, the shift occurs to telling stories, which is what Disney would be known for in decades to come.

In The Ugly Duckling, we get a clear example of what Walt and his team are capable of when they attempt to tell a story. The characters are imbued with personality, pathos and life in a way that other Silly Symphonies have been unable to accomplish. When the duckling is cast out by his mother, a hen, the tears that he cries are heart breaking. 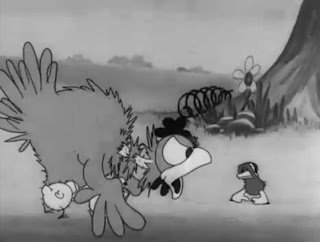 The animation here is not a standout in its artistry. Other than the duckling and its mother hen, the majority of the other characters are very simple, and the backgrounds and effects are nothing special. That does not detract from the storytelling, though, which is superb. As a viewer, you are always aware of where the action is, the emotions going through the characters’ minds, and you wait to see what will happen next. 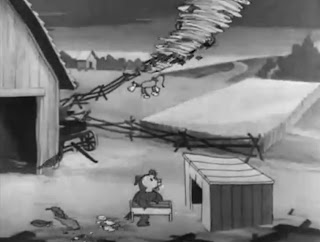 That is the other thing that is accomplished here, probably for the first time. As I watched, I felt a real sense of suspense. I wanted to find out what was going to happen to the duckling. While I knew the story, I still was intrigued by what was happening and wanted to see how he would resolve things. The final scene, where the duckling rescues his brothers and sisters from their precarious perch in the river is very well done. The whole time that scene is running, the outcome is obvious, but it’s still compelling. That is the mark of a well done story. 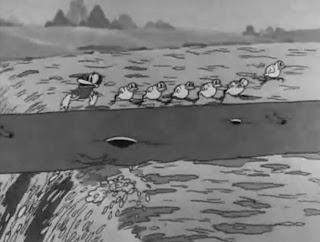 The story is a familiar one – a duckling is born to a family of chickens, and is ugly compared to the cute little chicks. The mother hen pushes the duckling out of the family. But, when a tornado comes through, the duckling manages to warn the hen and her chicks, then saves the chicks from falling over a raging waterfall. 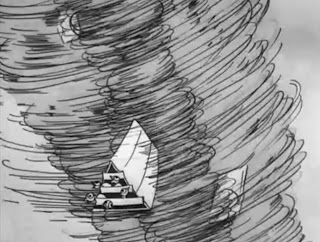 It is clear watching this short that story telling is where the talent of the Disney animators lies. They have the ability to create compelling characters, give the viewer a narrative to follow using those characters, and pay it off with exciting action, even if it’s just emotional action. Seeing this makes it no surprise that this was the first studio to successfully create a feature length animated film.