Yesterday, I wrote about the strike at the Walt Disney Studios in 1941, one of the pivotal events of that year. Tom Sito, former Disney animator, has a fantastic write up of the strike on Animation World Network, and if you want to fully understand what happened, please go read that before we move forward. Today, though, we’ll cover some other events of the year that had a great influence on Walt and the studio going forward.

Like I wrote yesterday, you have to understand that all was not wine and roses for Disney in this period. Pinocchio and Fantasia did not perform like Snow White, and money was drying up, because the shorts and features were getting more expensive to produce, but not pulling in as much money. In 1940, Disney had to offer stock for the first time, the start of the company becoming the monolithic entertainment giant it is today.

Then, there was another problem – World War II. Although it wasn’t known as such at the time, war breaking out in Europe dried up that market for Disney films. This was a huge revenue stream for the company that went away, and made things even tougher. So, Disney had to start cutting costs. 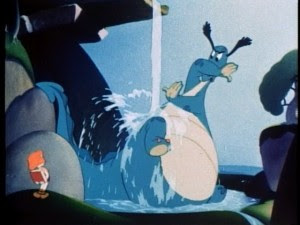 One of the first ways to do that was to make the productions cheaper, but create more. The first Disney “live action” feature, The Reluctant Dragon, was created with a mixture of footage shot at the studio and animation. It takes a look at how cartoons are made at the studio, but was very cheap to produce. Similarly, Dumbo was released in 1941, and at only 65 minutes, clocks in as one of the cheapest and shortest Disney features. 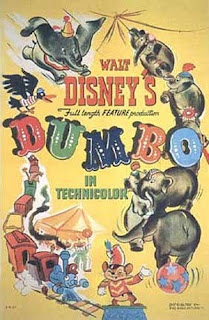 Disney was learning to change things up, but one of the big events actually happened late in 1941. The United States was trying to keep good relations with countries in South America, in hopes of keeping them from joining the side of the Axis powers. As such, Walt was commissioned to go there and serve as a Goodwill Ambassador, spending his time researching new films and shorts that would be produced in the years to come. 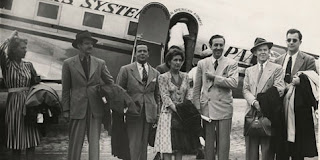 Out of this trip, we got films like The Three Caballeros and Saludos Amigos, as well as other shorts and new animation ideas. It also served as a time for Walt to regroup after the trauma of the strike. There will be much more on the South America trip to come, but suffice to say here that it’s a seminal event in Disney history.

The end of the year, after the attack on Pearl Harbor, saw Disney become a wartime studio. After the attack, the military moved in and took over the studio, and Walt became a purveyor of war propaganda. We’ll dive deep into those years in the weeks and months ahead, because I am a WWII buff as well as a Disney nut.

It’s no understatement to say that 1941 was a year of huge changes at the Walt Disney Studios. There was change all around, and as we move forward in reviewing the films produced that year, it’s important to keep that context in mind.