This review will be a little different from what you are used to on this site. Because of the unique nature of Fantasia, I hope to recreate a little bit of what it might have been like to see the film as was originally intended in 1940. Hopefully, it will give you some impression of why Fantasia is so unique.

Imagine that you are a theater goer in 1940, headed out to see the latest full length film by Walt Disney. You’ve seen Snow White and Pinocchio, but have been told that this new film is something different. In fact, it’s being shown in a concert hall setting, as is evident from the point you enter the theater. New speakers are set up all around you, and you wonder what this new film will entail. 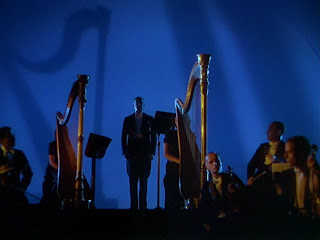 The curtain opens, and on screen you see an orchestra preparing to perform. It looks just like it would if you were attending a symphony. After a few moments of seeing the orchestra, a man in a tuxedo comes center screen and introduces himself. This is Deems Taylor, our narrator. He tells you that this program will include three types of music – one that is meant to suggest a story, one that tells a specific story, and one that is open ended.

The first piece, Tocatta and Fugue in D Minor, is an open ended piece. For the first few minutes as the film progresses, it features just shots of the orchestra, with different colors in the background, or perhaps sometimes just the shadow of the orchestra. But then, something different begins happening. The bows of the violins break off on their own, the strings dance in the air, and things become more abstract. It goes from music played by an orchestra to abstract expressions of the song perfectly in time. 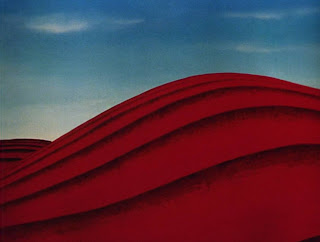 Before you know it, though, it’s over. Taylor introduces the next piece, The Nutcracker Suite, which you’re familiar with. The visual representation, though, is something altogether new. Rather than nutcrackers and ballet, you see fairies transforming the landscape from spring to winter. They dance across screen, bringing flowers, mushrooms and other plants to life. It’s so beautiful, it surpasses anything you may have seen before, but still feels familiar, like a Silly Symphony. 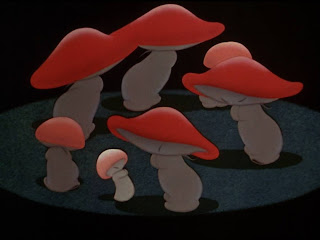 What is this, you wonder? There’s no story or cohesiveness, but it’s still fascinating. The next piece, though, brings a familiar face, as Mickey Mouse takes center stage. Mickey gets involved with a sorcerer, with brooms carrying water to a well, eventually overflowing. Even though there’s no dialogue, it’s exactly what you expect from Disney. A straightforward cartoon with a loveable character in over his head. But soon, that’s over, too, and you’re on to the next piece. 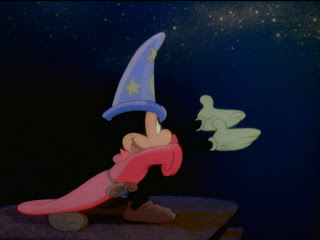 Taylor introduces this piece as The Rite of Spring, but instead of telling a springtime story, this unfolds as a history of the Earth from prehistoric times. Boiling seas of lava and volcanoes erupt onscreen, rocks flying this way and that. It’s so real you feel as though you can feel the heat. That gives way to seas and single celled creatures that eventually begin growing and feeding on one another, and soon enough it’s on to the land of dinosaurs. There’s a pastoral scene of a few dinos, but then there’s a brutal fight between a giant T-Rex and another dinosaur, followed by a scene of all the dinosaurs withering away in the oppressive heat. It’s moving and amazing – you can’t take your eyes off the screen, not because you don’t know what’s coming next, but because it’s so beautiful and interesting. 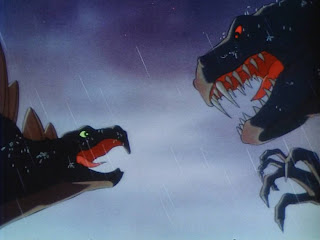 And just like that, Act 1 is over. An intermission is called, and you wonder what could possibly be next.

All images copyright Disney. All rights reserved.
Posted by Ryan at 4:11 PM