It’s been a long time coming (over a year and a half), but we’re finally at 1941, which would prove to be one of the most pivotal years in the history of the Walt Disney Studios. This year was a huge sea change for Walt especially, and before we get started reviewing the shorts, it’s important to know what was going on with Walt throughout this year.

From the very beginning of the company, it had always been Walt and a tight knit group of animators churning out films that they liked. For lack of a better term, it was a family. They worked together in garages in Kansas City and Hollywood, shot in backyards with child actors, and stayed up late into the night drawing scenes over and over. It wasn’t until Mickey Mouse hit that Walt was able to grow his company.

Even then, Mickey was visually the creation of Ub Iwerks, and there was still a tight knit group of animators working on the shorts. The first time that changed was when Ub finally left the studio in 1930. Still, from the 1920s when Walt first set foot in California until serious production on Snow White began in the mid-1930s, the Disney Studio was a small group of dedicated artists.

With the production of Snow White, that all changed. The Hyperion Studio grew by leaps and bounds, and hordes of new animators came to Disney to join in one of the most exciting films ever made. With new people, though, came a different mindset. Whereas Walt had expected his employees to all be on board for late nights, hard work, overtime and meager rewards, the new artists weren’t all in that mold. 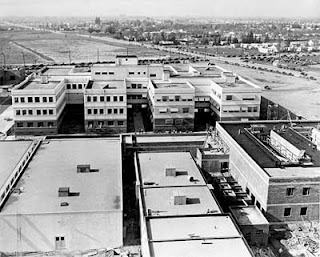 To be fair, during the production of Snow White, animators were told that the profits from the picture could bring new bonuses and rewards for their hard work. After the smash success of the film, the bonuses never materialized. Instead, Walt and Roy worked hard to make the studio solvent, and to expand into a new studio in Burbank.

As things progressed, and Mickey became less and less of a popular character, and the focus of the studio shifted towards features, there was more discontent bubbling up among the animators. Why were they expected to slave away no this films if they would not share in the bounty?

Fantasia, in some sense, served as a tipping point on both sides of the argument. When it was released, RKO would not distribute it, leaving Disney with an expensive film that required an expensive sound system, and no way to collect revenue from it on a large scale. The animators were there with some of their best work not seeing the light of day, and no financial reward coming.

The future of the studio was in doubt. Money was tight, and Walt was looking at having to make some real hard decisions. The animators (at least some of them) were fed up, and decided to form a union. The tensions brewed throughout the year, and in June, several animators went on strike. 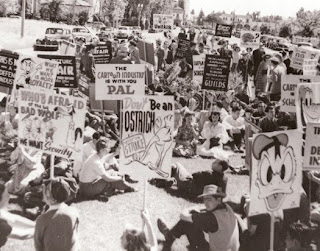 The strike was so pivotal, that it affected everything that Disney did from that point forward. Between the money lost, the shift from thinking that workers were a “family” to being part of the machine, and the results of the strike, it all came together to fundamentally shift the way the Disney Studio would operate.

Tomorrow, more on 1941, and other events that year that helped change Disney forever.