Pluto shorts are a double edged sword for me. I don’t particularly care for the character, because I don’t think he’s all that interesting. However, the animation in these shorts is definitely great, because there is no dialogue. That leaves me with the conundrum that is Pluto’s Playmate. 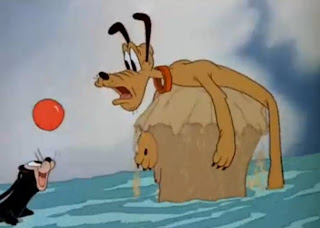 In some ways, this is a warm up for the much superior Mickey and the Seal short, which incidentally was on Playhouse Disney this morning. Good to see that Disney is realizing the potential in these shorts again. Anyway, like that short, this one features Pluto interacting with a seal, although Mickey is absent here. 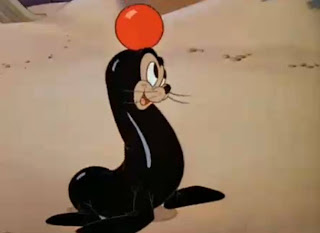 The main issue I have with this short is that there’s no real hook to grab on to and keep me interested. Pluto is trying to play with a ball on the beach, and the seal tries to take it. And that’s about it…until the very end of the short. 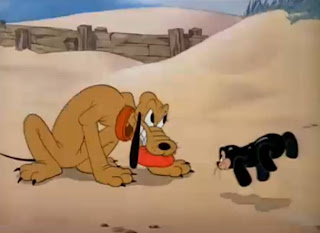 The ending sequence is good, with an octopus wrapping itself around Pluto’s nose, while Pluto is literally over a barrel. The contortions of Pluto and the octopus are very funny, and the climax, when the seal comes to grab Pluto away, is heartwarming. The problem is, that’s the only part of the short that is compelling. 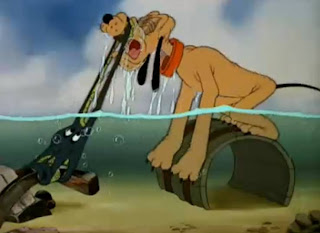 The earlier parts of the short are just flat in the humor department. It seems as though the team went a little too far in the direction of making Pluto realistic, which they did well. The problem with that is that he doesn’t really do anything that funny. It plays off like watching a real dog stomp around the beach. It’s interesting, but not funny or engaging. 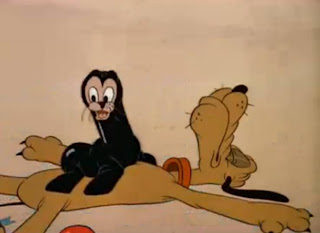 I do have to say, though, that the work on Pluto here is very good. He moves and acts like a real dog, which has been more and more the case as we go along in the shorts. It makes for technical wizardry, but unless done properly, not for interesting stories. Pluto’s last short, Pantry Pirate, was much more compelling, because he was involved in constant gags trying to keep quiet. Pluto’s Playmate could have used a little more storytelling and less worry about keeping Pluto realistic.