As you return from intermission (weird for a movie to have intermission), you sit back down in the theatre and Deems Taylor once again appears on screen. You’re still reeling a bit from what you have seen before – abstract instruments, fairies, Mickey as a sorcerer and prehistoric times.

Taylor introduces you to a useful person in the production – the soundtrack. At least that’s what he calls it. You’re not quite sure what you’re seeing. He runs through each instrument in the orchestra, and while originally there’s only a line on screen, as each instrument plays the line shakes, expands and forms shapes. It changes colors and moves, vibrating with the sound. It’s interesting, but not like the rest of the film. 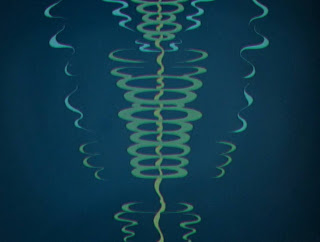 The first piece of music in this act is Beethoven’s Pastoral Symphony. Disney, though, took “pastoral” in a different direction, and set the action on Mt. Olympus, home of the gods. You see cute little cherubs attending to some beautiful centaur females, who soon go courting the males. The emotions and passions of the centaurs is palpable from the screen, and when Bacchus the wine god interrupts, you want to go back to the centaurs. Soon, though, Zeus interrupts and begins hurling lightning bolts down, which is a strange disruption of the mood of the short, although it fits the music. 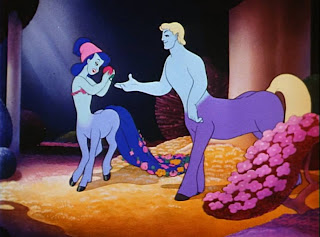 Barely do you have a chance to recover from that shock to the system, when Taylor reappears to introduce Dance of the Hours, the famous ballet. This is more what you are used to from Disney. It starts with dancing ostriches, then moves to hippos and elephants. Finally, some alligators come into the scene and begin dancing with the hippo. It’s funny, it’s cute and it is totally Disney. 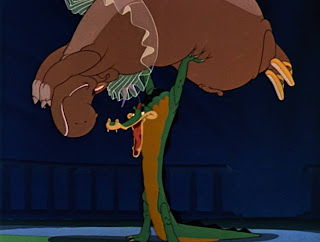 That appears to have been a palate cleanser, though, because the next piece is decidedly not a Disney-esque work. Taylor introduces both Night on Bald Mountain and Ave Maria as a combined piece, designed to contrast the sacred and the profane. That it does. The opening shots of Night on Bald Mountain show the devil himself unfurling from top of the mountain, and pulling the dead up from their graves. It’s creepy, unsettling and ghoulish. You assume that was the intent, and it works. 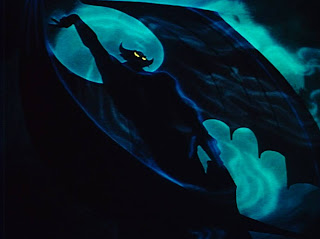 Finally, the devil retreats, at the sound of church bells, and the strains of Ave Maria begin to be heard. As disturbing as the last piece was, this is beautiful. The choir walks, candles in hand, through the forest and across the water into a cathedral of the forest, the music echoing around them. It’s almost enough to make you cry. 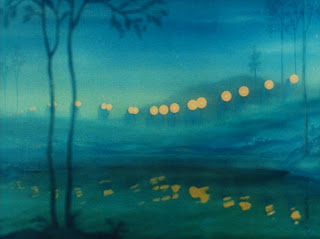 When the music stops, and the curtain closes, you sit there, not sure what it was you have seen. Fantasia was not a movie, at least not in the traditional sense. If anything, it was more of an event disguised as a movie. It’s hard to categorize, and harder to comprehend. It was challenging, moving and disturbing, but it was definitely great.