A short review today for a super short film – The Volunteer Worker, a commercial short made by Disney to emphasize the importance of volunteer work and charity. And what would the best character be for this? Mickey? Goofy? No, instead Disney went with the biggest star of the time – Donald Duck.

The short is a simple one – Donald goes door to door asking for donations, but keeps getting the door slammed in his face. There are some fun gags, but nothing too groundbreaking. It’s in the choice of Donald and the message that sends that makes this interesting. 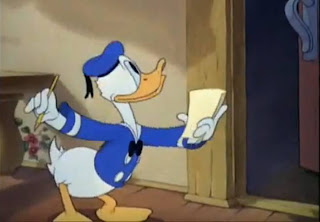 Sure, Donald was Disney’s biggest star, but if you think about generosity or kindness, you probably don’t immediately think of Donald. So why then, would Disney use him in this short? My guess is that it made the message resonate even more. 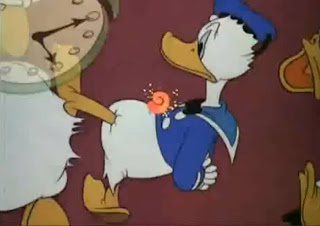 The ultimate aim of the short is to show that if everyone gave a little, then everyone would be better off. This is demonstrated at the end, when a street construction guy gives Donald some money and gets a shiny badge in return. But think about it – if Donald is this concerned, and showing genuine empathy for once, then shouldn’t you, the viewer be concerned? 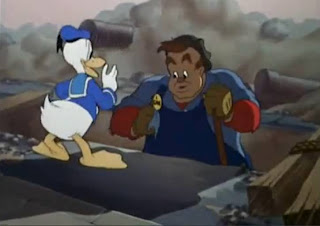 It’s a brilliant choice, even if it might have been inadvertent. Donald, as I’ve said before, is the character that most of us really are, as opposed to Mickey, who we want to be. That’s what makes him so relatable. And by picking him to illustrate this point, it makes it more impactful to us.