The Jazz Fool, our latest Mickey short, takes the Mickey musical numbers to the extreme, as the whole short is basically two stitched together musical acts. Of all the Mickeys so far, this features the least action or storytelling. But that’s not to say there is not some good stuff here, though. 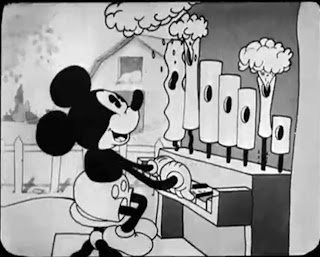 The best is the personality animation of Mickey, showing his anger, frustration or happiness at what he’s playing on the piano. It’s very well done, with simple moves of the eyebrow and eyes, turns of his mouth, or the direction of his nose or shoulders expressing the entire emotion. It’s a very expressive Mickey, part of the evolution of his character over the last few shorts. 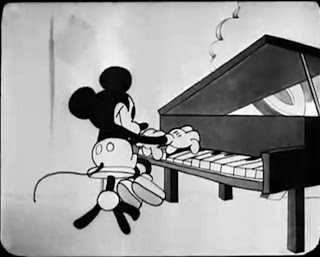 Unfortunately, that’s where the good parts end, in my opinion. Where do I start? How about this – there is nothing going on in this short. The basics are that Mickey and Horace have a traveling road show, and they have an audience of animals following them around. They play music on the road, then stop and have Mickey do a piano solo. That’s it. 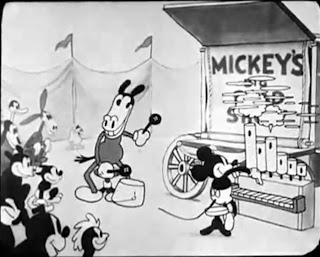 It wouldn’t be so bad if there were real inventive pieces of animation or new gags to make it easier to watch. But there are not. The majority of the short, at least four of the six minutes, consist of Mickey seated at either the organ or the piano. Sure, his expressiveness is quite good, and we see some of his character that way, but there is nothing for the viewer to latch onto. 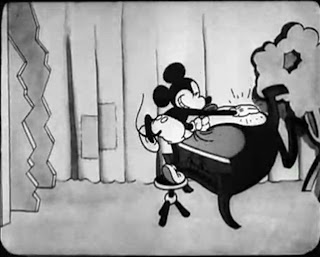 There is another issue that I have with this short – it is a repeat in many places. Mickey’s piano solo, while a little longer here, is almost exactly lifted from The Opry House. Considering that The Opry House was released earlier in 1929, it’s very disappointing to see Walt and his team recycling the same idea just a few months later. Even down to Mickey pounding on the keys and the piano striking back, the two scenes are extremely similar. 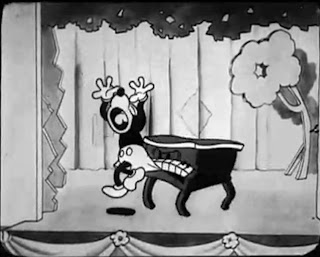 That’s not the only theme that repeats. Again, we have the barnyard theme going on, with the animals forming the audience for Mickey’s show. There’s Horace using another animal as an instrument and the vaudeville show with the ratty curtain as well. Mickey’s work on the xylophone is really the only original part of the short.

I’m being very hard on this short, probably because I have seen all the others. That’s part of the project here, but I think if I had seen this one on its own it wouldn’t be quite as bad. It’s not terribly done. If you have not seen the previous Mickey shorts or the Oswalds, then The Jazz Fool would be fine. But when tracking the evolution of the Disney animation style definitely a step back.

That’s the most interesting thing to me so far about the Mickey shorts. In the Oswald shorts, there was a developing style of a story with conflict, a strong central character, and a supporting cast (even if it was just a girl and Pete). Meanwhile, in the early Mickey shorts, there is no consistent focus, Mickey can be the focal point of the short or merely a window to the main goings on, and the supporting cast changes drastically from short to short. Why the change? That’s the question I will be examining as we move forward in the Mickey shorts.
Posted by Ryan at 9:16 PM