Remember last week when I was talking about how entertaining the Alice shorts had gotten, now that Ub Iwerks was cranking out the product? And how you could see the future of Disney animated cartoons in some of this work? Yeah, not so much anymore.

That’s probably too harsh a verdict on Alice Loses Out, but to be honest, it’s just not that entertaining. Not to say that it doesn’t have fun parts and neat gags, but it is nowhere near as entertaining as some of the latter Virginia Davis shorts. You really get the sense here that Walt and his crew were looking to produce as many of these shorts as they could, without really tending to the quality as they had in years past. 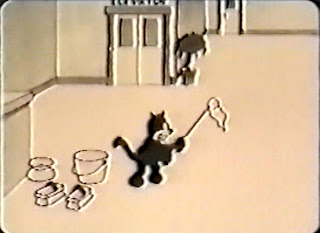 Why do I feel that way? There is just a charm missing from this short. To begin, it opens with a title card explaining the cast, something that has not been present in the other shorts. While I’m sure it was helpful to some at the time, it just seems to rob the short of some well needed exposition.

As it is, the short opens with Ima Hawg, a garbage magnate that is traveling the road with his chauffeur. We are treated to a minute or so of the car on the bumpy road, but there’s no real payoff to that segment. There are some fun gags with the chauffeur, but that’s it.

The real plot begins when we see Alice and Julius are running a hotel, and not doing so well. They are cleaning when we first see them, and Alice leaves Julius in charge of the cleaning, while she runs off. Julius, of course, does not take to this. 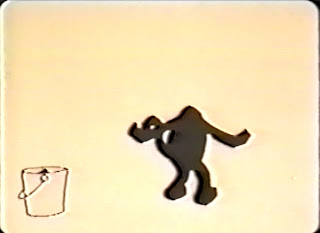 He manages to improvise, slipping and sliding around, even getting his head stuck in a bucket while the rest of him goes free. Quite a strange bit, that’s a little disconcerting rather than funny. 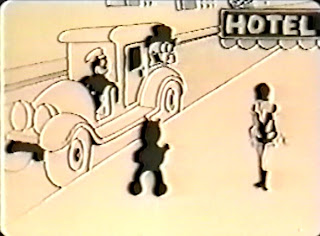 Of course, Ima Hawg arrives to check in, and immediately asks for a barber and a manicurist to come visit. Desperate for customers, Alice sends Julius to be the barber/manicurist. He does a credible job as a barber, twirling the hog’s tail and giving him a quick shave, but the manicurist is another story. 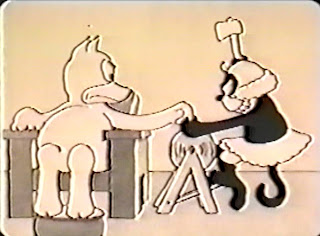 Julius is forced to dress up as another person, but soon makes a mistake, and Ima Hawg goes nuts, rampaging against both he and Alice. They flee into the elevator, which flies up through the roof and out into the air, ultimately crash landing in front of the hotel, right on the hog. 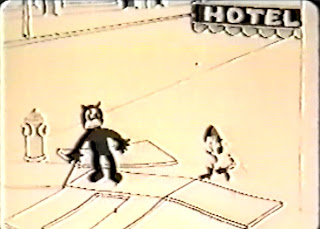 That’s it, folks. There are no real inventive sequences, no crazy chases, and no real reason given why we should dislike the hog. The whole short seems, well, short, as it has no real exposition and suffers from a lack of storytelling. The whole thing is just flat, which is very odd for these Alice shorts. Even the ones that are bad seem to strive for more, but this one is very pedestrian. Hopefully the rest of the Dawn O’Day shorts will show some improvement.
Posted by Ryan at 8:11 PM