Okay, so after a month of delays and false starts and public pondering and questioning, I finally am ready to move on with the reviews of the shorts. I want to express my HUGE gratitude to Tom Stathes of Tom’s Vintage Film for getting me the DVDs of Alice the Peacemaker and other films I will need. At this point, we should be able to crank out the silent shorts over the next month uninterrupted, hopefully at a quicker pace.

But, since it’s been so long, let’s recap where we’ve been….

Walt Disney started making animated cartoons while still working at the Kansas City Film Ad Company, producing some short films called the Newman Laugh-O-Grams that commented on current events in the city. You can read my review of a few of those films here. 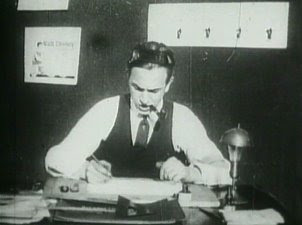 After the Laugh-O-Grams did well, Walt decided to strike out on his own and created his own company, Laugh-O-Gram Films, with friends like Rudy Ising and Ub Iwerks coming on board to help. They got a contract for six films from a shady distributor, who never paid for the films, driving the company into bankruptcy. Read reviews of the four surviving films by clicking on the Laugh-O-Grams link to the left. 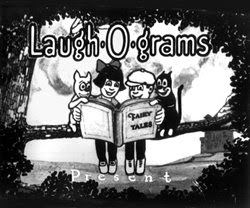 Walt produced a live action short, Tommy Tucker’s Tooth, to try and keep things going in Kansas City, but to no avail. With the last of his money at the Laugh-O-Gram studio, Walt gambled on a new series of shorts, starring a live action girl in a cartoon world. The first film, Alice’s Wonderland, was not completed before Laugh-O-Grams went bankrupt. 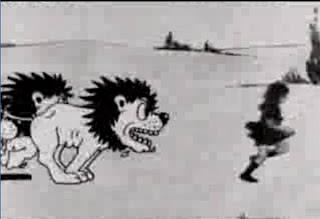 With the print of that film and a few dollars in his pocket, Walt Disney headed to California, where he formed a new studio with his brother, Roy. In actuality, the new studio was his uncle’s garage, but that did not stop Walt’s enthusiasm as he completed the Alice short, and managed to get a contract for more from Margaret Winkler. Soon, the Disney Brothers Studio was hiring and cranking out more Alice films, starring young Virginia Davis.

However, as the live action parts of the films began to grow larger and the animation harder, Walt knew he had to do better. He enticed old friend and master animator Ub Iwerks to come out to California and join the Disney Brother Studio. The first film Ub would do for the studio is Alice the Peacemaker. 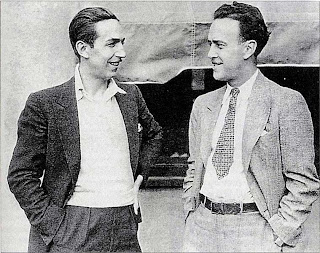 So, that’s where we have been. What have we learned about Walt so far? Well, in my opinion, we’ve figured out that Walt Disney was an exceptionally complicated man. He was a font of ideas, creating new characters and performances all the time, but he also relied on shortcuts and cost cutting measures (reusing footage, cycles, more live action in the Alices) to keep his business afloat. Walt loves fantasy in these early films, focusing on fairy tales and fantastic premises rather than the realistic portrayals of his later live action films. But most of all, we’ve learned that Walt Disney was a true artist, judging from the quality of work on the Newman films and the second Alice, Alice’s Day at Sea, that Walt animated mostly alone.
So, what will Alice the Peacemaker tell us? Stay tuned.
Posted by Ryan at 12:14 PM